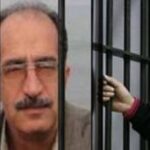 URGENT ACTION JAILED BLOGGER DENIED ADEQUATE MEDICAL CARE Iranian blogger Mohammad Reza Pourshajari, also known by his pen name of Siamak Mehr, is in urgent need of medical care that he cannot obtain in prison. He is serving a four-year sentence in Ghezel Hesar Prison in Karaj, north-west of Tehran. Mohammad Reza Pourshajari, aged 53, has suffered two heart attacks in prison, in September 2012 and again in February 2013, after which the authorities moved him to a hospital outside the prison for five days. The Iranian authorities have denied him medical leave to receive the medical treatment he needs, including treatment for blockage in his arteries, against the advice of prison doctors. Mohammad Reza Pourshajari’s daughter, Mitra Pourshajari, has told Amnesty International that the doctors in the medical facility attached to the prison have also diagnosed her father as having high blood sugar, though the prison administration told him they will no longer provide his medicine. The Iranian authorities have pressured Mohammad Reza Pourshajari at least once, on or about 14 September 2013, to ask for a pardon from the Supreme Leader, Ayatollah Sayed ‘Ali Khamenei, for his “crimes”. He refused to do so, saying he had not committed any act that would require him to seek a pardon. Mohammad Reza Pourshajari is serving four years in prison after he was convicted of the vaguely worded charges of “insulting Islamic sanctities”, “insulting the Leader” and “acting against national security” in relation to his blog postings which are critical of the religious and political establishment. He spent eight months in solitary confinement awaiting trial, during which he was reportedly tortured and otherwise ill- treated, including by simulating a mock execution to make him “confess”. Please write immediately in Persian, Arabic, English or your own language:  Calling on the Iranian authorities to release Mohammad Reza Pourshajari immediately and unconditionally if he is being held solely for peacefully exercising his freedom of expression for writing on his blog;  Urging the authorities to ensure that Mohammad Reza Pourshajari receives any medical treatment he may require, including by granting him medical leave and ensuring that he is treated humanely at all times;  Calling on them to investigate allegations of torture immediately and impartially and bring to justice anyone found responsible in accordance with international fair trial standards. END_OF_DOCUMENT_TOKEN_TO_BE_REPLACED 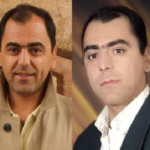 Brothers Khosro and Masoud Kordpour, both journalists and from Iran’s Kurdish minority, were arrested in March 2013 and later charged with vaguely worded national security offences. They are currently held in Mahabad Central Prison. Their last court hearing is due to be held on 28 October.

Khosro Kordpour, the manager of the Mukrian News Agency, an online news agency reporting on human rights violations in the Kordestan province, and his brother Masoud Kordpour, a freelance journalist, have been charged with the vaguely worded offences of “gathering and colluding against national security”, “insulting the Supreme Leader”, “spreading propaganda against the system” and “spreading lies in order to disturb the public opinion” in relation to their criticism of the authorities through their reporting and interviews they have given. Khosro Kordpour is also facing the additional charges of “enmity against God” (moharebeh) and “corruption on earth” (ifsad fil-arz) which can carry the death penalty. According to the response of the Iranian government to the UN Special Rapporteur on the situation of human rights in Iran, they have been accused of cooperating with terrorist groups. END_OF_DOCUMENT_TOKEN_TO_BE_REPLACED

Death sentences of four Sunni men from Iran’s Kurdish minority have been upheld by Iran’s Supreme Court. They are at imminent risk of execution. All men are believed to have been tortured or otherwise ill-treated while in detention. They did not have a lawyer. END_OF_DOCUMENT_TOKEN_TO_BE_REPLACED 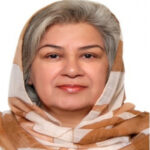 On Saturday, August 3, 2013, you were confirmed as the president of the Islamic Republic of Iran and subsequently were sworn into the office.  During the inaugural ceremonies, you stated that the president represented everyone in the country.  As an Iranian, I find it necessary to point out that you don’t represent those of us who didn’t participate in the presidential election.  We believe that elections aren’t free in Iran because the basic process of nominating and selecting a candidate is not democratic; there is no freedom of speech in the country, and people are not free to form and participate in political organizations.  Nonetheless, we hold that as the chief executive officer, the president has the duty to be responsive to people’s demands whether they have voted for him or not.

END_OF_DOCUMENT_TOKEN_TO_BE_REPLACED 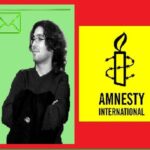 Student activist, Arash Sadeghi, has been on hunger strike since 1 June 2013 to protest against his ill-treatment in Tehran’s Evin Prison. He has been held without charge and in solitary confinement since his arrest in January 2012. He is at risk of torture or other ill-treatment and may be in need of urgent medical care. END_OF_DOCUMENT_TOKEN_TO_BE_REPLACED 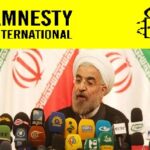 Media freedom has been crushed and, aside from websites that support the Supreme Leader, Internet access has been blocked, including sites belonging to senior government officials. And to top it all, the authorities are now trying to discourage foreign journalists from coming to Iran. END_OF_DOCUMENT_TOKEN_TO_BE_REPLACED 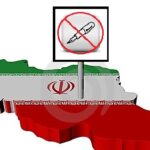 New York, May 21, 2013–Internet access has slowed, critical websites have been blocked, and several journalists have been summoned back to prison in Iran as the country’s Guardian Council made a key decision today barring two leading candidates from the presidential election. The Committee to Protect Journalists condemns the broad efforts to deny Iranian citizens information in the run-up to the June vote.

END_OF_DOCUMENT_TOKEN_TO_BE_REPLACED

HRANA News Agency – Amnsety International is worried about the presidential elections of Iran in which the women can not take part as a candidate:

Iran’s ban on female presidential candidates contradicts several articles of the country’s Constitution as well as international law and should be removed, Amnesty International said. END_OF_DOCUMENT_TOKEN_TO_BE_REPLACED 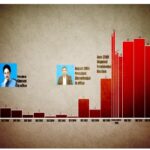 A video about the distressing situation of Iranian journalists which has been prepared by the International Committee to Protect Journalists: