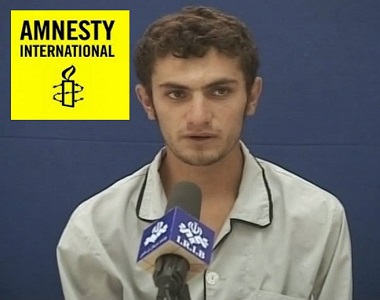 The family of Saman Naseem, who is now aged 22, have received reliable information that he will be executed on 19 February. Amnesty International understands that the authorities have prevented Saman Naseem’s lawyer from pursuing the case and have not allowed him to appoint another lawyer.

According to court documents, during early investigations Saman Naseem admitted firing towards Revolutionary Guards forces in July 2011. He retracted this during the first court session, saying that he had only fired into the air and had not been aware of the content of the written “confessions” he was forced to sign as he had been kept blindfolded while he was interrogated. Saman Naseem was allowed no access to his lawyer during early investigations and he said he was tortured by being hung upside down for a lengthy period of time.