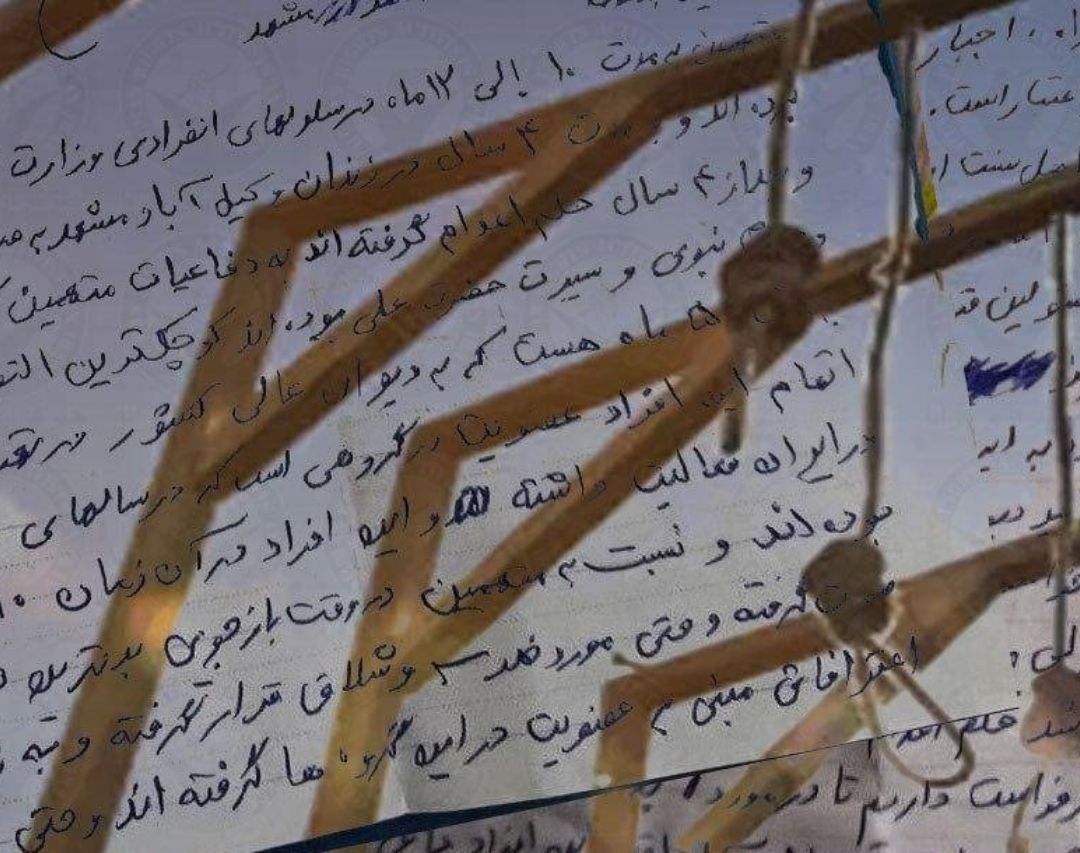 Nine Sunni prisoners in Vakilabad prison have written a letter to Javid Rahman, the UN Special Rapporteur on Iran, requesting that their case be investigated.

In a part of their letter, the prisoners reported they were being beaten and tortured for forced confessions and their families were also being pressured by authorities.

“…Accusations full of lies and fabrications under severe torture, forced and dictated confessions, threats, and imprisonment of our family members, which has led to harsh death sentences and long prison terms of more than 15 years. Some of our families, parents, and spouses were summoned and detained to harass and torture us. Also, the involvement of the Ministry of Intelligence in our family affairs led to divorce and the disintegration of the family unit, and for our children to lose a parent.

These actions had been taken to force us to cooperate with the Ministry of Intelligence and to accept the false accusations.

It has also become a routine to be beaten and desecrated in Ward 1.6 of Mashhad Prison by prison guards, and the ward’s supervisor, and non-political mercenary prisoners who harass us on the orders of prison officials.

In addition to issuing illegal death sentences, the Ministry of Intelligence and the Judiciary, through some of their lawyers, liaisons, and informants, go to our families and demand billions of Tomans to break our execution sentences.

With this way of issuing unjust and illegal verdicts, they have found a way to fill their own pockets at the price of sacrificing Iranian and Sunni youth.”

These citizens have previously been detained by Ministry of Intelligence agents and sentenced to death or long prison terms. They are imploring Rahman to commit to giving their case a thorough investigation.

“We request that you investigate our cases, which are facing false accusations such as acting against security, membership in dissident groups, membership in the Al-Forqan party group, propaganda against the regime, and so on.