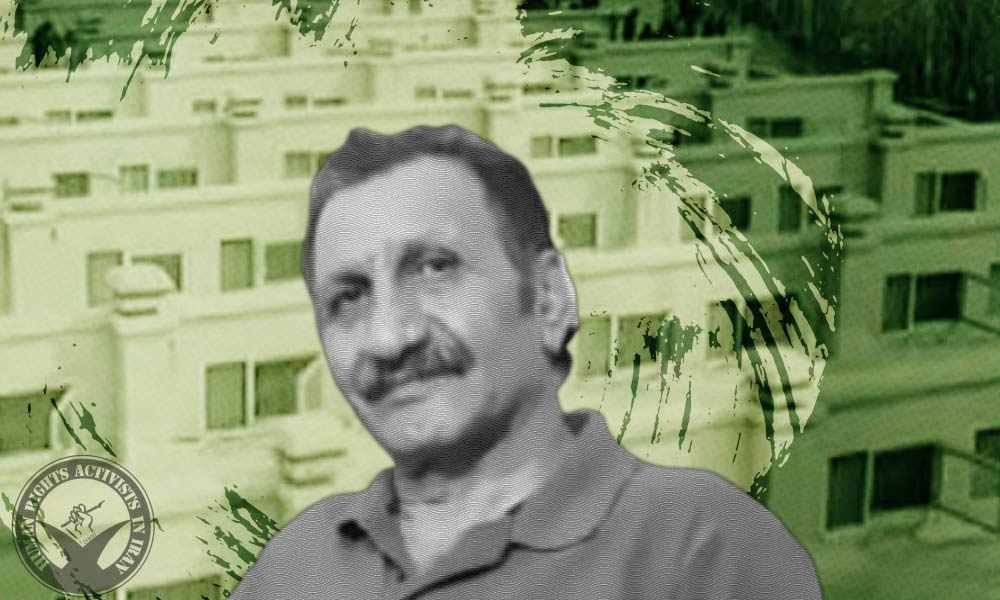 Political Prisoner Ahmad Yazdanipour is currently serving his sentence in Evin Prison. He has been in prison since February 2021. He suffers from Steroid-resistant asthma and for that reason, according to his doctor, he should not be kept in confined spaces.

According to HRANA, the news agency of Human Rights Activists, Political Prisoner Ahmad Yazdanipour is serving his sentence in Evin prison. This imprisonment endangers his health since he is suffering from steroid-resistant asthma.

An informed source told HRANA that “Mr. Ahmad Yazdanipour’s disease has worsened in recent years as his lungs are seriously damaged. According to his doctor, continuing his imprisonment can pose life-threatening risks for him.”

On February 21, 2020,  Ahmad Yazdanipour was arrested by IRGC’s intelligence agents in Tehran and transferred to Evin prison. One day after the arrest, intelligence agents raided and searched his house and confiscated some of his personal belongings such as books and manuscripts. They also arrested his daughter, Forouzan Yazdanipour, who is a graduate student at Tehran University. On March 18, 2020, she was released on bail of 500 million tomans from Evin Prison and later the charges were dropped.

On April 6, 2020, Ahmad Yazdanipour was released on bail of 500 million tomans as well. After a while, the Revolutionary Court of Tehran sentenced him to three years and nine months on the charge of “assembly and collusion to act against national security.”

On January 26, 2021, after the appearance at Evin’s Enforcement of Judgments Unit, he was arrested and sent to Evin for his sentencing.

Ahmad Yazdanipour, age about 63, was a political prisoner in the 1980s. He lost his job due to the pressures from the Ministry of Intelligence for his non-violent civil activities. In recent years, he was researching the Quran and Iran’s history.

On February 21, 2020, Ahmad Yazdanipour was arrested by the intelligence department of IRGC in Tehran. One day after his arrest, the security forces searched his house and confiscated his personal belongings such as a computer, books, and his notes. They arrested Mr. Yazdanpour’s daughter, Forouzan Yazdanipour, at her home and her personal belongings were confiscated.

Ms. Yazdanipour is 30-year old and she is a graduate student of “cultural studies” at Tehran University. Mr. Yazdanipour is 61-year old and has lung disease which has concerned his family due to the spread of Coronavirus in prison. He was a political activist in the 1980’s and lost his job after he was threatened by the intelligence department of Dorud. He is a researcher of Qoran and history during the past few years.

A week into their arrest, there is still no more information about their case or their whereabouts.