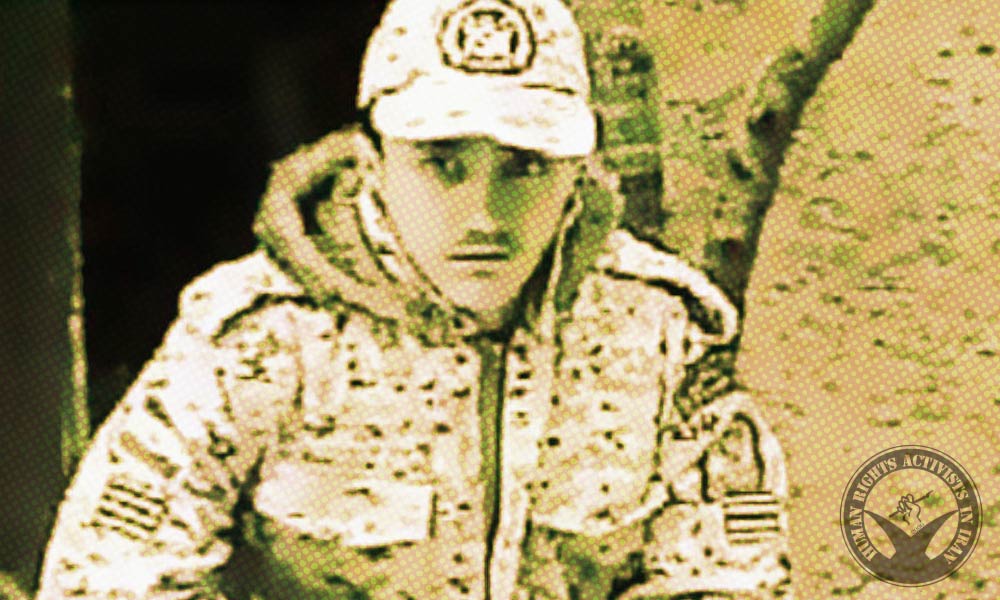 According to HRANA, the news agency of Human Rights Activists, the conscript soldier, Mir-Akbar Hosseini is still detained in Ward 6 of Tabriz Prison.

Reportedly, he is still in detention since he is unable to afford bail.

According to an informed source, Hosseini has been accused of “propaganda against the regime” due to his activities on social media.

Mir-Akbar Hosseini has other arrests and convictions on his rap sheet due to his civil activities. On January 5, 2022, following his support of the Mothers whose children were killed by the regime during the nationwide 2019 protests, he was arrested by Branch 1 of the Military Court in East Azerbaijan Province. He was sentenced to 9 months in prison on the charge of “membership in groups hostile to the regime” and 4 months on the charge of “propaganda against the regime.” On April 19, 2021, he was released on probation.

According to an informed source, during detention, Hosseini was held in solitary confinement and was tortured to make confessions.