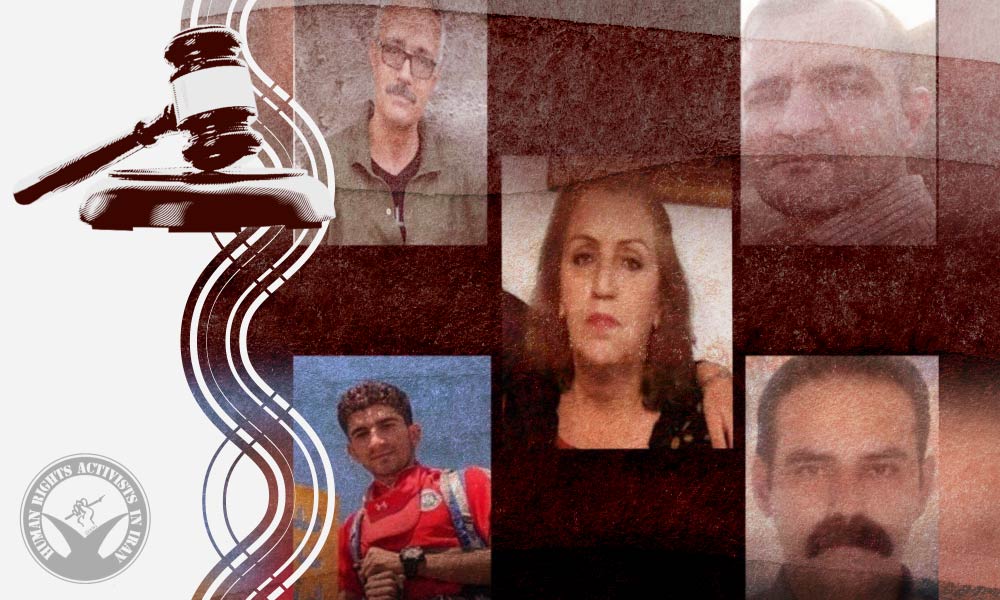 The Revolutionary Court of Kurdistan sentenced five residents of Sanandaj city to a total of 20 years in prison and 25 months of suspended imprisonment.

According to HRANA, the news agency of Human Rights Activists, quoting Kolbar News, the revolutionary Court sentenced Fardin Rahimi, Aliollah Veisi, Mehdi Seyfi, Sirvan Abdollahi, and Marzieh Morad-Veisi each to four years in prison and five months floating imprisonment on the charges of “propaganda against the regime, collaboration with one of the anti-regime parties, and forming illegal groups”.

These individuals were arrested in May 2021 and later released on bail after interrogation.