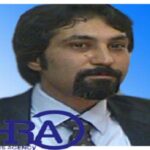 According to the report of Human Rights Activists News Agency in Iran (HRANA), the appeal made by Ahmad Karimi, political prisoner in Rajai Shahr prison in Karaj who have been arrested in March 2009, is being treated by the Tehran prosecutor. END_OF_DOCUMENT_TOKEN_TO_BE_REPLACED