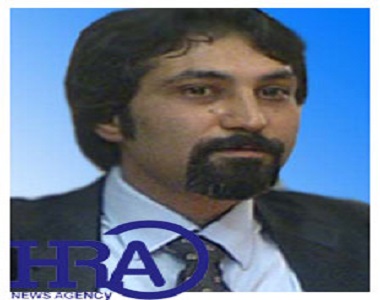 HRANA News Agency – Ahmad Karimi, political prisoner is about to start the eighth year of his imprisonment in Rajai Shahr prison in Karaj, while he has not had any furlough during this period of time. Mr. Karimi is in an uncertain situation waiting for the outcome of his appeal.
According to the report of Human Rights Activists News Agency in Iran (HRANA), the appeal made by Ahmad Karimi, political prisoner in Rajai Shahr prison in Karaj who have been arrested in March 2009, is being treated by the Tehran prosecutor. END_OF_DOCUMENT_TOKEN_TO_BE_REPLACED 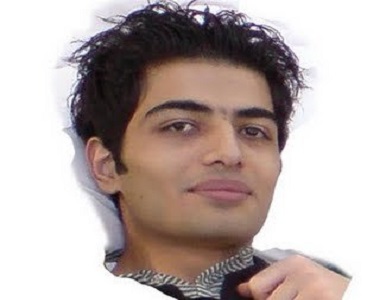 HRANA News Agency – Despite suffering from weak-sighted and MS Hamed Rouhinezhad the exiled political prisoner in Zanjan prison has deprived of medical vacation.

According to a report by Human Rights Activists News Agency (HRANA), Hamed Rouhinezhad the exiled political prisoner in Zanjan prison suffering from weak-sighted and MS but the prison authorities denying his medical vacation. END_OF_DOCUMENT_TOKEN_TO_BE_REPLACED

HRANA- Hamed Rouhinejad was exiled from Evin Prison to Zanjan Prison last night.
HRANA has learned that this ruling was implemented under the cover of night by officials without the notification of his family or attorney.
Accused of membership in an anti-government organization, Hamed Rouhinejad a student majoring in philosophy, has been in prison since April 2009. He was sentenced to death in the post election group show trials. His sentence was later changed to ten years in prison and exile to Zanjan Prison.

Although Hamed Rouhinejad suffers from multiple sclerosis he has been denied even one day of medical leave. A lack of proper medical attention has resulted in parts of his body becoming paralyzed.

His exile comes at a time where he requires special medical attention by specialists in a hospital facility outside prison. Although Evin Prison is equipped with better medical facilities than other prisons in the country, Hamed Rouhinejad’s condition has been deteriorating day by day. He has lost much of his eyesight and one of his hands has become completely paralyzed.
It is important to note that repeated requests by this political prisoner’s family for medical leave have gone unanswered. Hamed Rouhinejad’s father has been faced with insults and humiliation when meeting with officials regarding this matter.

HRANA- Simultaneous with the exile of political prisoner Hamed Rouhinejad, Ahmad Karimi imprisoned in ward 350 of Evin Prison, was transferred out of Evin Prison last night for exiled to Gonbad-e-Kavoos Prison.

HRANA has learned that the ruling has been implemented without the notification of the political prisoner’s family or attorney. Ahmad Karimi was transferred to the courthouse last night and was being transferred to Gonbad-e-Kavoos Prison as of 7:30 this morning to continue his prison term in exile.

In an interview with a HRANA reporter, an official from Human Rights Activist in Iran stated that Gonbad-e-Kavoos Prison is meant for those with murder or drug charges and not for political prisoners.

Ahmad Karimi was detained before the June 2009 election on charges of membership in an anti-government organization.However, he was tried during the post election group show trials where he was sentenced to death.His sentence was later changed to fifteen years in prison and exile to Gonbad-e-Kavoos Prison.

Although there have been repeated requests made of officials and Tehran’s prosecutor general, Ahmad Karimi’s family has been denied the right to visit him for months.His exile will make family visits even more difficult.