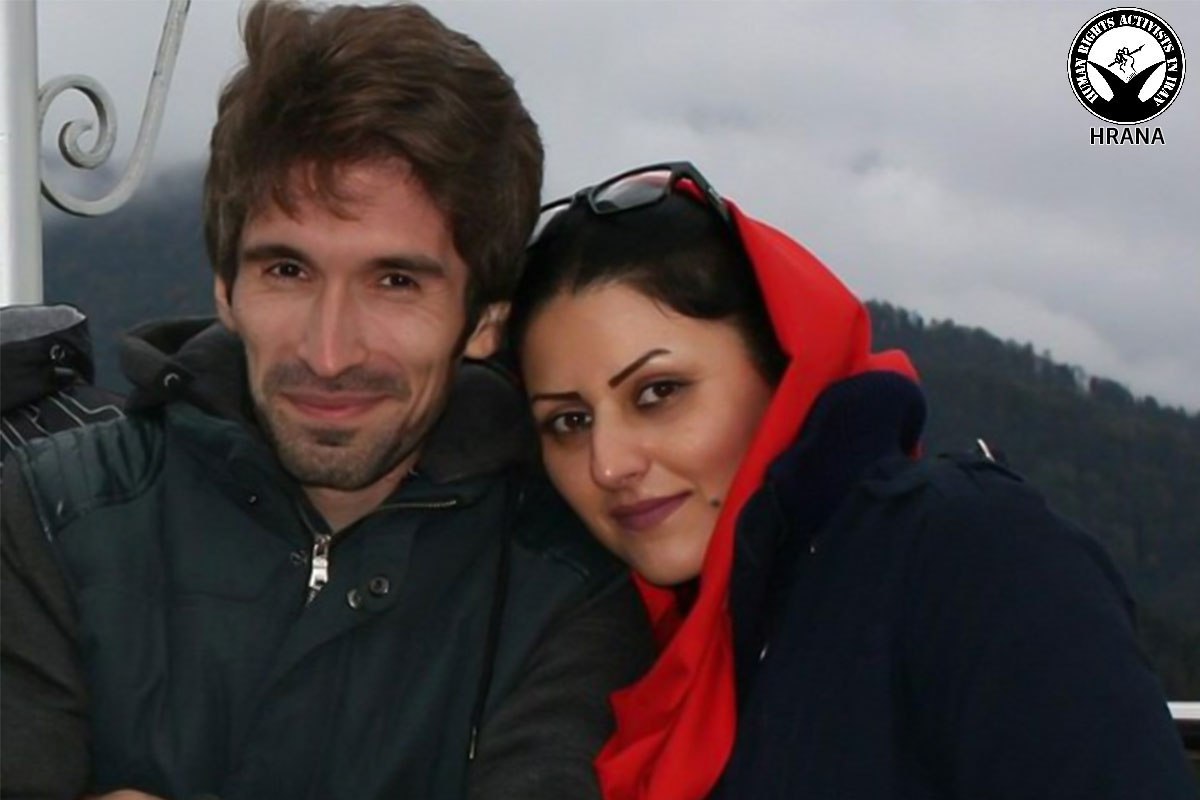 Human Rights Activists News Agency (HRANA)- Civil rights activist and Evin prisoner of conscience Golrokh Ebrahimi Iraee has written an open letter to protest the IRGC’s continued medical blockade on her husband, Arash Sadeghi, who has been effectively deprived of chemotherapy since undergoing surgery for chondrosarcoma on September 12th.

The full text of Iraee’s letter, translated into English by HRANA, is below:

Authorities have offered no explanation for blocking visits and phone calls between me and my husband Arash Sadeghi. Since December 2017, the only contact we’ve had is a two-hour visit. And that was five months ago.

I have heard many reports that Arash is faltering in his battle with cancer. Only two days after undergoing surgery for his condition, he was harried out of the hospital against medical advice by the Sarallah IRGC [based in Tehran and responsible for securing the capital city]. Mal-equipped to counter the progression of Arash’s disease, the Rajai Shahr Prison clinic abdicated responsibility for his post-surgery care. Despite an infection to his surgery site, authorities have denied his request to be transferred to a hospital.

Specialists have stressed that the next stages of Arash’s treatment will require chemotherapy, and the state physicians in Gohardasht (Rajai Shahr) prison have asserted their inability to administer or monitor this treatment. No action has been taken to hospitalize him so that his chemo can begin.

Arash has been detained multiple times. He lost his mother to a raid by regime agents. He was denied the right to continue his studies and has been stripped of his civil rights. Finally, he was sentenced to 19 years in prison without any proof or evidence [of a crime]. Now he faces the rancor and spite of the Sarallah IRGC.

Arash is being denied medical care, one of the most basic rights promised to prisoners in the laws of the Islamic Republic.

Throughout our prison terms, we never asked to be spared their spite, but this time Arash’s life is at stake. My worst fear has come true, and we are well past the tipping point; I don’t know to what extent Arash’s health can be restored.

In the present circumstances, laws that profess to protect prisoners are unveiled as masks of humanity, a farce for the international stage. Despotism can no longer contain the true motive of these laws, which rulers make no effort whatsoever to enforce.

We cannot expect humanity from those who have already proven devoid of it. What matters is the fleeting sands of time, the dissipating moment, the joy that seems a more distant dream each day.

I am certain that with each display of callousness towards his health, Arash will be all the more emboldened. He will do as he has done with every other injustice, coercion, and anguish: he will overcome.

I thank every friend and organization standing shoulder to shoulder with us, and am grateful for the dear comrades who have stood by Arash in Gohardasht. May conscience break dawn on the dark night of ignorance.

Golrokh Iraee was arrested along with her husband on September 6, 2014. First held at an IRGC safe house for two days, she then spent 20 days in the solitary cells of Evin’s Section 2A, under IRGC jurisdiction, before being released on a bail of 800 million rials [approximately $19,000 USD].

On October 24, 2016, the IRGC arrested Iraee again without a warrant. She was sentenced to six years in prison for blasphemy and “gathering and collusion against the regime.” She was later granted amnesty per Article 134 of Islamic Penal Code, which reduced her prison term to 2.5 years. 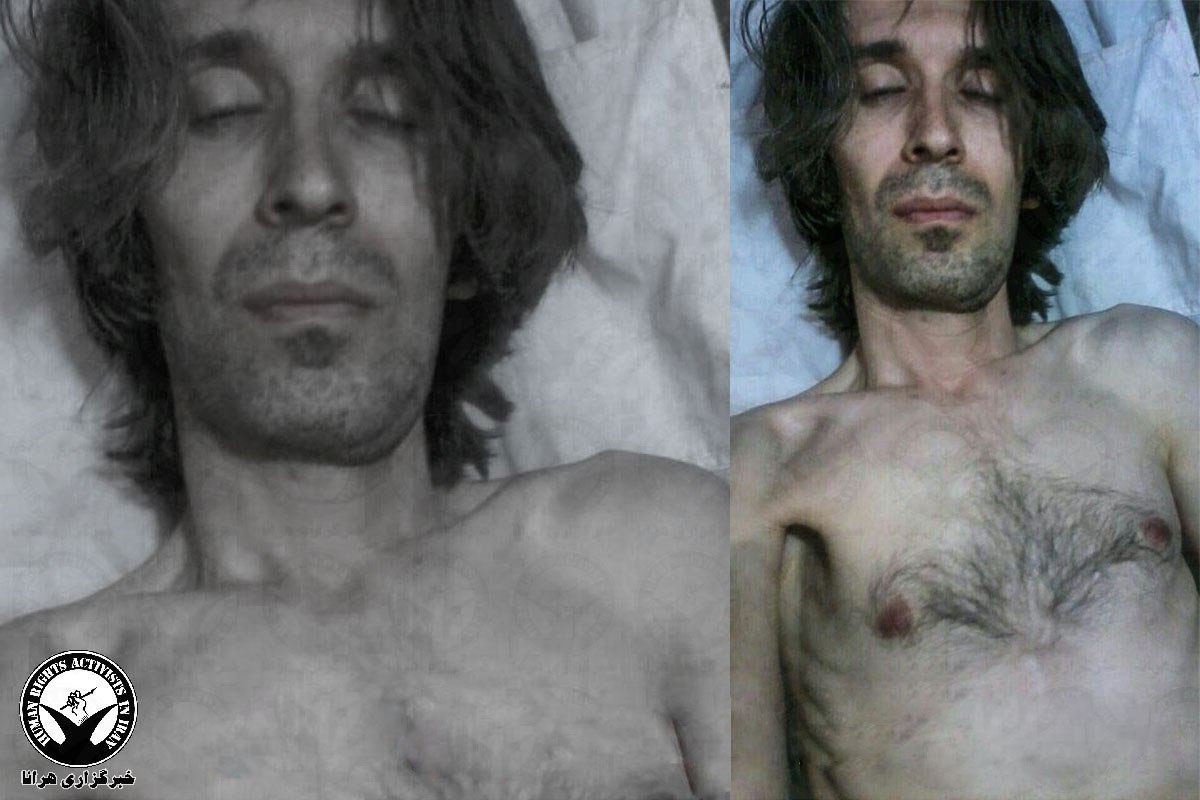 Human Rights Activists News Agency (HRANA) – Prison authorities continue to jeopardize the post-operative course of imprisoned civil rights activist Arash Sadeghi, who was finally transferred to the hospital October 13th. Now his best hope of recovery, doctors say, is the slim chance that those same authorities will consent to a medical furlough.

So far, according to HRANA reports, Sadeghi’s urgent need for specialized care has done little to inspire sympathy from the prison powers that be. When doctors urged that he remain under hospital supervision after his September 12th bone cancer surgery, he was hastily whisked back to Evin Prison only three days later.

Back at the prison, a prosecutor’s assistant, identified only as “Rostami,” delayed Sadeghi’s follow-up for two weeks, during which time an infection took hold in the surgery site on Sadeghi’s right arm. Indeed, Sadeghi’s October 13th transfer was the sole successful among several hospital visits that authorities deliberately thwarted, i.e. postponed until afternoon hours when a qualified team of specialists was no longer available.

Immediately prior to his latest hospital visit, Maghsoud Zolfali, the head of the prison’s security unit, told Sadeghi that prosecutors had ordered all political prisoners on medical transfer to remain in prison garb. Sadeghi’s refusal to do so led to a verbal altercation, after which authorities placed him in a cold room as a punitive measure from 7:00 to 10:30 pm.

The chill followed Sadeghi to the hospital, where guards insulted him, twisted his arm, tightened his handcuffs, and punched him in the arm that had undergone surgery, reportedly because he had returned the greeting of medical personnel. When hospital staff protested the manhandling, agents responded that they were following the orders of the prison director to treat Sadeghi according to his status of a “security prisoner.”

When after his medical exam Sadeghi’s doctor advised he begin chemotherapy, Sadeghi expressed doubt that the treatment would work, citing the physically and mentally abusive dynamics of the prison. To ensure optimal results from this strenuous therapy, medical sources say, chemo patients must undergo treatment in the utmost comfort and calm. Citing this reason, doctors strongly advised against Sadeghi undergoing chemo outside of the hospital.

Upon Sadeghi’s return to Evin, the head of the prison medical clinic noted signs of injury to the surgical wound where he was punched at the hospital, including increased inflammation and discoloration due to bleeding. In the face of documentary evidence of this injury, prison authorities have done nothing to address it in the past five days.

Pursuant to the doctor’s chemotherapy recommendation, prosecutors ordered Sadeghi’s transfer to the coroner’s office. The coroner had no access to Sadeghi’s medical files; from a visual examination alone, they concluded that furlough from prison would be a necessary requisite for his chemo.

While attempting to recover in Rajai Shahr prison of Karaj, Sadeghi contracted an infection on his surgical site. On September 22nd, authorities were adamant about escorting him to the hospital at noon, despite his specialist’s explicit indications that he could only give consultations in the morning.

According to a close source, authorities told Sadeghi that his specialist’s schedule had changed, which upon their arrival at the hospital proved untrue. Sadeghi’s only recourse was a general practitioner, who added 12 antibiotics to his medication regimen.

Sadeghi is currently taking only prescribed antibiotics, and will possibly be transferred to a hospital next week. En route back to Rajai Shahr from his September 22nd consultation, Security Unit Commander Maghsoud Zolfali and Prison Director Gholamreza Ziyai threatened to block his transfer. 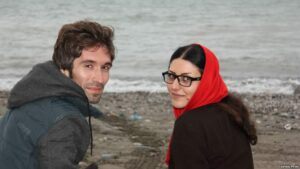