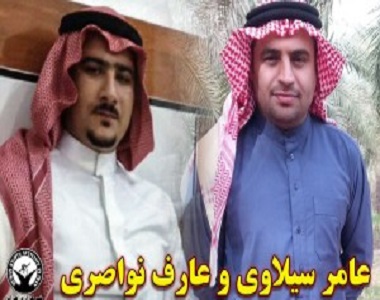 HRANA News Agency – The intelligence service of Ahvaz has arrested Amer Silavi and also Aref Navaseri, an Arab poet. There is no information about the status of these two civilians yet.
According to the report of Human Rights Activists News Agency (HRANA), on October 5th at around 10 p.m. Amer Silavi was arrested in his house in Koot Abdullat area by intelligence service forces. Amer Silavi, 34, is married and has children. He has multiple arrests on his record. He was temporarily released on the bail at the time last time he was arrested. END_OF_DOCUMENT_TOKEN_TO_BE_REPLACED