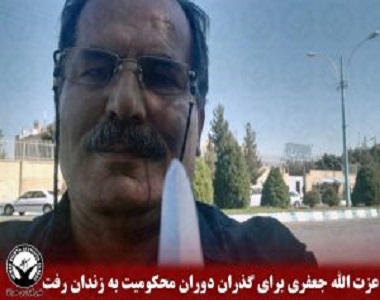 According to the report of Human Rights Activists News Agency (HRANA), Ezzatollah Jafari showed up in Kerman Prison to serve his one-year sentence in exile on August 31. END_OF_DOCUMENT_TOKEN_TO_BE_REPLACED