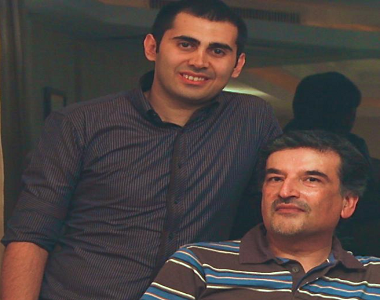 HRANA News Agency – Babak Mobasher and his father-in-law Alaeddin Khanjani were arrested around 6 a.m. yesterday when agents from the Ministry of Intelligence raided their home.

According to the report of Human Rights Activists News Agency (HRANA),  Alaeddin Khanjani is the son of Jalaluldin Khanjani, one of the imprisoned “Yaran” (national facilitators for the Bahai community in Iran, while Babak Mobasher is the husband of Leva Khanjani, a Bahai excluded from tertiary education, who was freed from Evin prison after serving most of a two-year sentence on June 24, 2014. END_OF_DOCUMENT_TOKEN_TO_BE_REPLACED