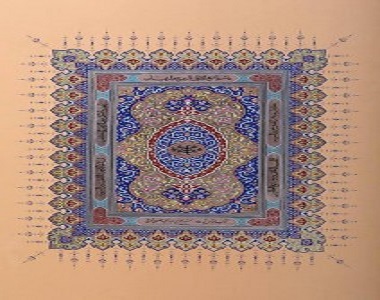 According to the report of Human Rights Activists News Agency (HRANA),   Ayatollah Tehrani states on his website that he prepared the calligraphy of the verse as a “symbolic action to serve as a reminder of the importance of valuing human beings, of peaceful coexistence, of cooperation and mutual support, and avoidance of hatred, enmity and blind religious prejudice.” Ayatollah Tehrani presents this exquisite gift to the Bahais of the world, particularly to the Bahais of Iran, who he says “have suffered in manifold ways as a result of blind religious prejudice.” He further states that this act is “an expression of sympathy and care from me and on behalf of all my open-minded fellow citizens.” END_OF_DOCUMENT_TOKEN_TO_BE_REPLACED