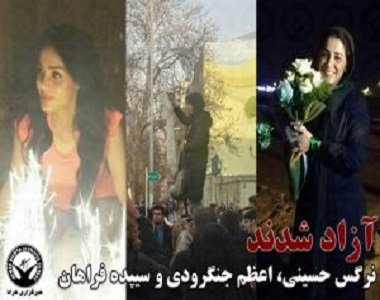 According to the report of Human Rights Activists News Agency in Iran (HRANA), three detained civil activists were released from Evin Prison and Gharchak Prison on the bail. END_OF_DOCUMENT_TOKEN_TO_BE_REPLACED