Death Sentences of 3 Sunni Prisoners Commuted by the Supreme Court 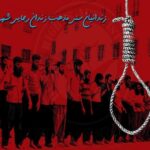 HRANA News Agency – After the “Black Monday” in Rajai Shahr prison in Karaj when by transferring 37 Sunni prisoners under tight security measurements to solitary confinement, at least 20 of them were executed, reportedly the execution of three Sunni prisoners have been canceled and they were sentenced to 15 years imprisonment.

According to the report of Human Rights Activists News Agency (HRANA), the death sentences of three Sunni prisoners namely Taimor Naderizadeh, Farzad Shahnazari, Farshid Naseri have been rejected in the Supreme Court and after returning to branch 15 of the Revolutionary Court in Tehran, their sentences have been changed to 15 years in prison. END_OF_DOCUMENT_TOKEN_TO_BE_REPLACED

HRANA News Agency – After the “Black Monday” when 37 Sunni prisoner under high security conditions were transferred to solitary confinements and the execution of at least 20 of them, currently 51 Sunni prisoners with different sentences including death row ones in ward number 7 are serving under stress and daily fear.

According to the report of Human Rights Activists News Agency (HRANA), currently 51 Sunni prisoners are being kept in hall number 21 of ward number 7 of Rajaei Shahr prison. END_OF_DOCUMENT_TOKEN_TO_BE_REPLACED 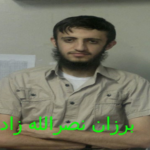 HRANA News Agency – A Sunni prisoner awaiting execution in Iran was rushed to hospital in an emergency transfer on Saturday, before being sent back to prison without receiving adequate medical treatment. The move comes just a month after he was transferred to hospital in similar circumstances in September 2014.

According to the report of Human Rights Activists News Agency (HRANA), Sunni prisoner of conscience Barzan Nasrollah Zadeh, who has endured four years of extreme abdominal pain without receiving adequate medical care, was transferred to the Imam Khomeini hospital in Karaj on Saturday 18 October 2014. END_OF_DOCUMENT_TOKEN_TO_BE_REPLACED

According to the report of Human Rights Activists News Agency (HRANA), despite doctors saying that Barzan was in urgent need of surgery, he was transferred for an unknown reason back to Rajai Shahr prison within a few hours, without receiving medical treatment. END_OF_DOCUMENT_TOKEN_TO_BE_REPLACED 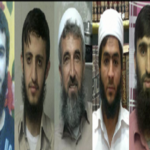 According to the report of Human Rights Activists News Agency (HRANA), the families of the prisoners had tried to appoint a leading Iranian lawyer, Mr Ehsan Mazin, to be involved in the defense of the five death-row prisoners. END_OF_DOCUMENT_TOKEN_TO_BE_REPLACED