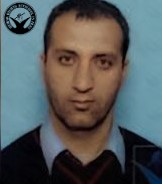 Babak Dadbakhsh was arrested in February and was charged with “corruption on earth” and “waging war against God (Moharebeh)”. Although suffering from mental illness, he is deprived from medical treatments. Also, the prison authorities do not permit family visits.

Dadbakhsh and his sister, have separately written open letters to the head of the judiciary system explaining his severe mental illness and emphasizing his innocence.

Dadbaksh was arrested by the security police in November 2018 in Tehran and was transferred to the ministry of intelligence. During his detention he has been held in various prisons such as Ward 209 of the Evin prison and Fashafoyeh prion. He also spent some time in Amin Abad mental hospital. He was eventually transferred to Rajai Shahr prison on February 16, 2019.