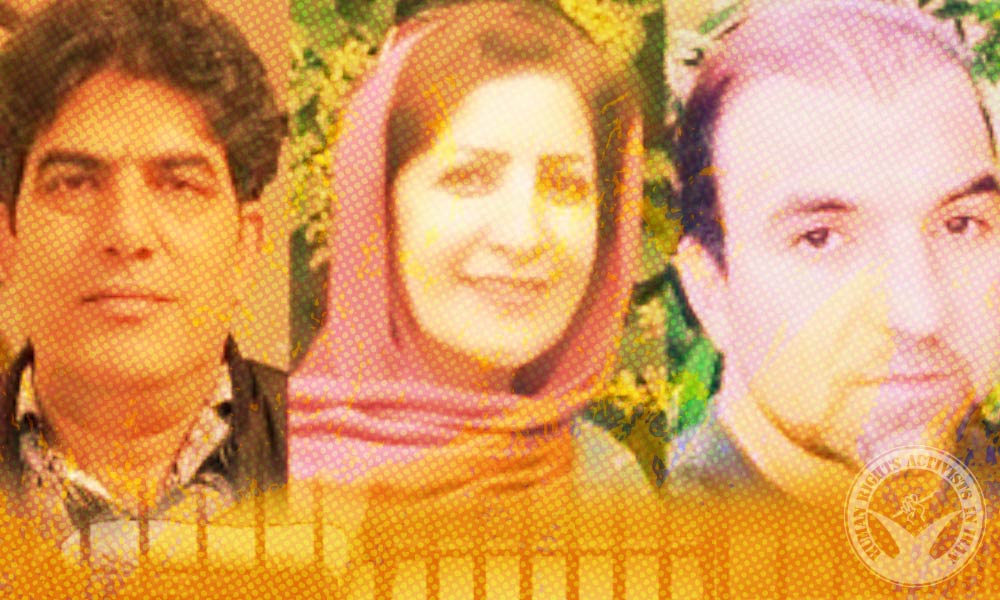 On March 7, three Baha’i citizens, Sedigheh Aghdasi, Behrooz Farzandi and Ghasem Masoomi, were arrested and transferred to Adel-Abad Prison to serve their sentences. The arrest occurred without any notice and followed summons by the Revolutionary Court under the pretext of answering questions. Initially, these citizens had been each sentenced to 39 months in prison. On appeal, the sentence against Farzandi and Masoomi was upheld, while 25 months of Aghdasi’s sentence term was suspended.

According to HRANA, the news agency of Human Rights Activists, an informed source stated that during a court appearance, they were arrested and transferred to prison from the back door of the court without informing their families, who were waiting for them in front of the court building.

On April 6, 2021, they were arrested along with three other citizens by security forces. They were detained in solitary confinement cells of a police detention centre in Shiraz City. In May of 2021, they were released on bail until the end of legal proceedings.

Regarding the prosecution and the harassment of Baha’i people by Iran’s regime, HRA Senior Advocacy Coordinator Skylar Thompson stated that HRA strongly condemned these discriminatory acts against religious minorities in Iran. She asked that the regime take action to ensure Iranian people, and particularly Baha’i citizens, are entitled to the freedom of religion and can perform religious acts freely.

The deprivation of the freedom to practice religion is a breach of Article 18 of the Universal Declaration of Human Rights and Article 18 of the International Covenant on Civil and Political Rights. The United Nations Covenant holds that every person has the right to freedom of religion, freedom of converting religion, as well as freedom of expression, individually or collectively; openly or secretly.