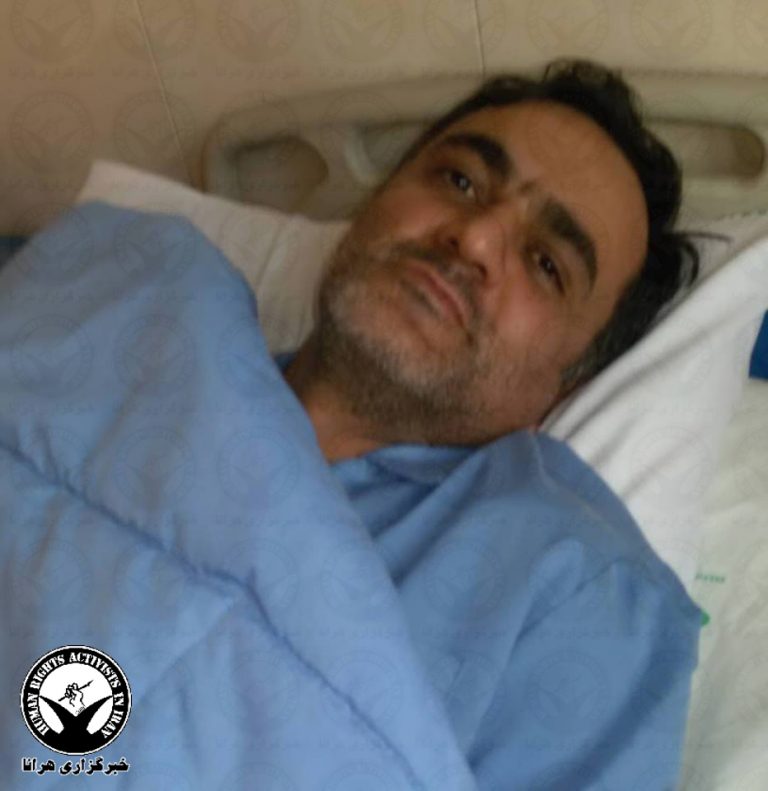 A Canadian resident and alumna of the elite Sharif University in Tehran, Malekpour has a growing list of medical complaints that authorities have ignored over the course of 10 years of imprisonment. His requests for medical treatment and furlough have repeatedly been denied.

Now, photographs taken during his recent hospitalization show a worrying mass on Malekpour’s right knee, MRI results on which are pending. Malekpour has also developed kidney stones and prostate issues during his time behind bars.

With an arm and a leg uncomfortably restrained to the gurney, his sister Maryam told HRANA that Malekpour had trouble getting restorative sleep during his three-day stay. Sources indicate he was banned from hospital visits and subjected to mistreatment by security forces.

In 2008, the Cyber Unit of the Islamic Revolutionary Guard Corps (IRGC), accusing Malekpour of managing Persian-language pornographic websites, arrested him during a trip to Iran to see family. Branch 28 of Tehran’s Revolutionary Court sentenced him to death plus seven and a half years in prison, on counts of “propaganda against the regime,” “blasphemy,” “insulting the Supreme Leader,” “insulting the president,” “contacting opposition groups” and “corruption on earth.”

Malekpour’s death penalty sentence, though confirmed by the Supreme Court and sent to the Enforcement Department, was eventually reduced to a life sentence. Throughout his legal proceedings, Malekpour has insisted that case analysis by a computer and internet expert would absolve him of the aforementioned charges.

In a letter written from prison, Malekpour said he was previously isolated in solitary confinement for 320 days, during which time he was subject to torture, and given only a Qur’an, a Turbah [prayer clay tablet], and bottle of water.

Malekpour’s family has also borne the pain of his legal ordeal. Promising him that it would facilitate a bail release, authorities coerced Malekpour to provide a taped confession which was televised shortly after his father’s death in 2009. Malekpour learned of his father’s passing in a five-minute phone call 40 days after the fact.