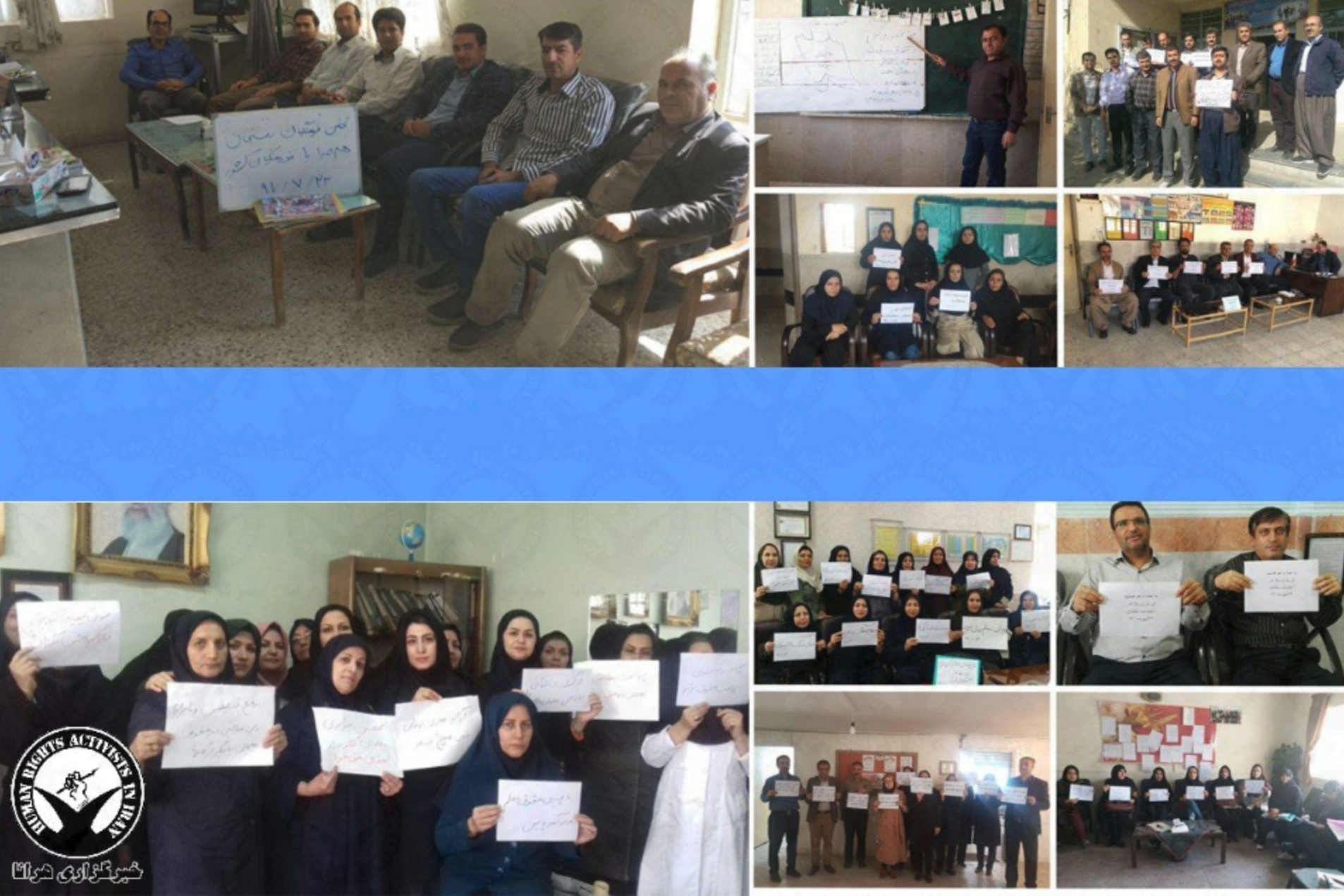 Human Rights Activists News Agency (HRANA)- Last week’s plea from the Coordinating Council of Teachers Syndicates in Iran (CCTSI) brought together the voices of learners, educators, and ideologues in a second day of strikes against privatization, minority-language discrimination, judicial persecution of teacher-activists, and educator salaries grazing the poverty line.

In a statement last week, the CCTSI censured the Ministry of Education for its compensation system, decrying the status quo as detrimental to both educational quality and the livelihood of teachers. In the same statement, educational staff across the country were summoned to fill the administrative offices of their local schools with sit-in protests on October 14th and October 15th [the first two days of the Iranian work week]. CCTSI also urged prospective strikers to sensitize students to civic action by explaining the motives for the sit-in ahead of time.

“On behalf of workers in the education system both active and retired, CCTSI has exhausted available paths for bettering our current conditions,” the statement read, concluding their defiant call to strike with an entreaty not to penalize its participants.

Teachers and pedagogical staff were reportedly joined in solidarity today and yesterday by students in the social science departments of Tehran and Allameh Tabataba’i University, as well as school-age students of Karaj, Ahvaz, and Qom.

Narges Mohammadi, deputy head of the Defenders of Human Rights Center, issued a message in support of the strikers: “No one should be persecuted for organizing legal and non-violent strikes. As a civil activist and advocate, I back the national teachers’ strike and demand the release of the striking teachers.”

Tehran MP Mahmoud Sadeghi published a note on Monday supporting the teachers’ right to strike, and Member of Parliamentary Education Committee Member Davood Mohammadi publicly acknowledged that teachers in recent years have been challenged with increasing economic hardship, saying “they can not meet demands of their families.”

Meanwhile, further from the action, a number of imprisoned teachers could only attend strikes in spirit, and authorities are drawing up charges against detained CCTSI Chairman Mohammadreza Ramezanzadeh. To be sure, the CCTSI call — heartening though it was — has yet to be answered at the policy level.