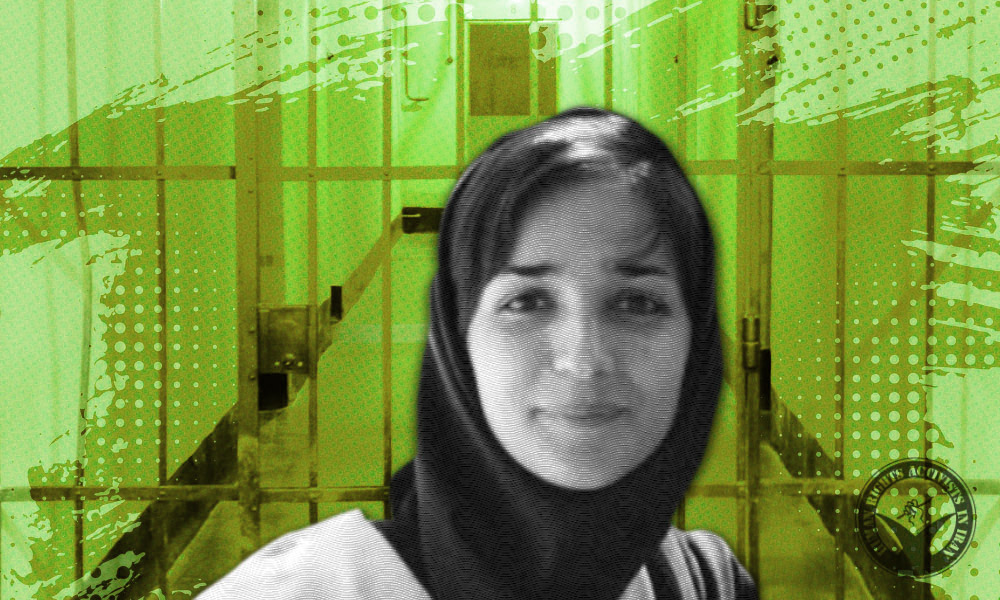 Student activist and former political prisoner Leila Hosseinzadeh informed her family in a phone call that she is still in Ward 209 of Evin Prison. Despite suffering from Crohn’s disease, she has not yet received her medication, exacerbating her condition. She was beaten by security forces during her interrogation in a notorious Shiraz detention center known as Facility No. 100.

According to HRANA, the news agency of Human Rights Activists, Hosseinzadeh was arrested on December 7 by security forces at her relative’s house in Shiraz City. During the arrest, she was beaten by agents.

On the same day, security institution-affiliated media outlets claimed that several individuals “associated with anti-revolutionary groups under the leadership of L.H.” (referring to Hosseinzadeh) have been arrested.

Earlier this week, the initial verdict against Hosseinzadeh was upheld by Branch 36 of the Court of Appeals in Tehran. Hosseinzadeh was sentenced to five years in prison and a two year ban on online social activity by Branch 28 of the Revolutionary Court of Tehran due to her attendance at the birthday ceremony of imprisoned Gonabadi Dervish, Mohammad Sharifi Moghaddam, held at the entrance of the Sharif University of Technology.

Amid the nationwide protests which broke out in December 2017, Hosseinzadeh was arrested alongside other student activists and released on bail after spending 16 days in detention. On March 7, 2018, she was sentenced to five years in prison on the charge of “propaganda against the regime”, as well as one year in prison and a two-year ban on leaving the country. The sentence for her first charge was reduced on appeal from five years to two years and six months. Grounded on Article 134 of the Islamic Penal Code, 30 months of this sentence was enforceable.

On July 28, 2019, she was arrested and detained for 10 days in a facility at the IRGC’s intelligence unit. Afterwards, she was sent to Evin prison to serve her sentence.

On March 11, 2020, while on furlough, she was set free due to her “intolerance of punishment”.