On Tuesday, June 28, 2022, three protests and two worker strikes took place in Iran. Read our review below for details, photos, and videos from these demonstrations:

Iranian pensioners continued their protest in front of the Governor-General building in Ahvaz to demand increasing pensions. According to the protestors, the government is obliged to increase the pensions in compliance with the Supreme Labour Council’s enactment.

In Sarab, East Azerbaijan Province, a number of students of the Faculty of Medical Sciences gathered at campus to protest against the deputy dean’s incompetency. 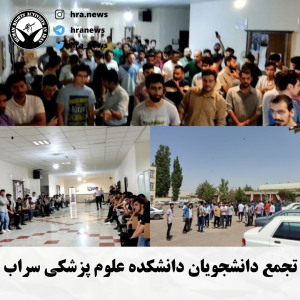 A group of citizens who have lost money by the car dealership Ramak Khodro’s failure to deliver their purchased cars held a protest before Tehran Courthouse. 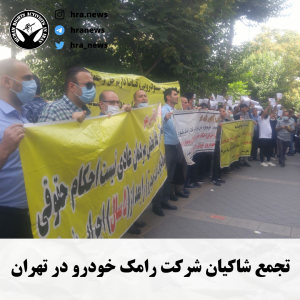 For the second consecutive day, the overhaul technicians of the Tehran Oil Refinery Company staged a strike in protest against increasing compulsory working overtime.

A number of medical interns of The University of Medical Sciences of Shahrekord went on strike in protest against not receiving internship wages and Covid bonuses.