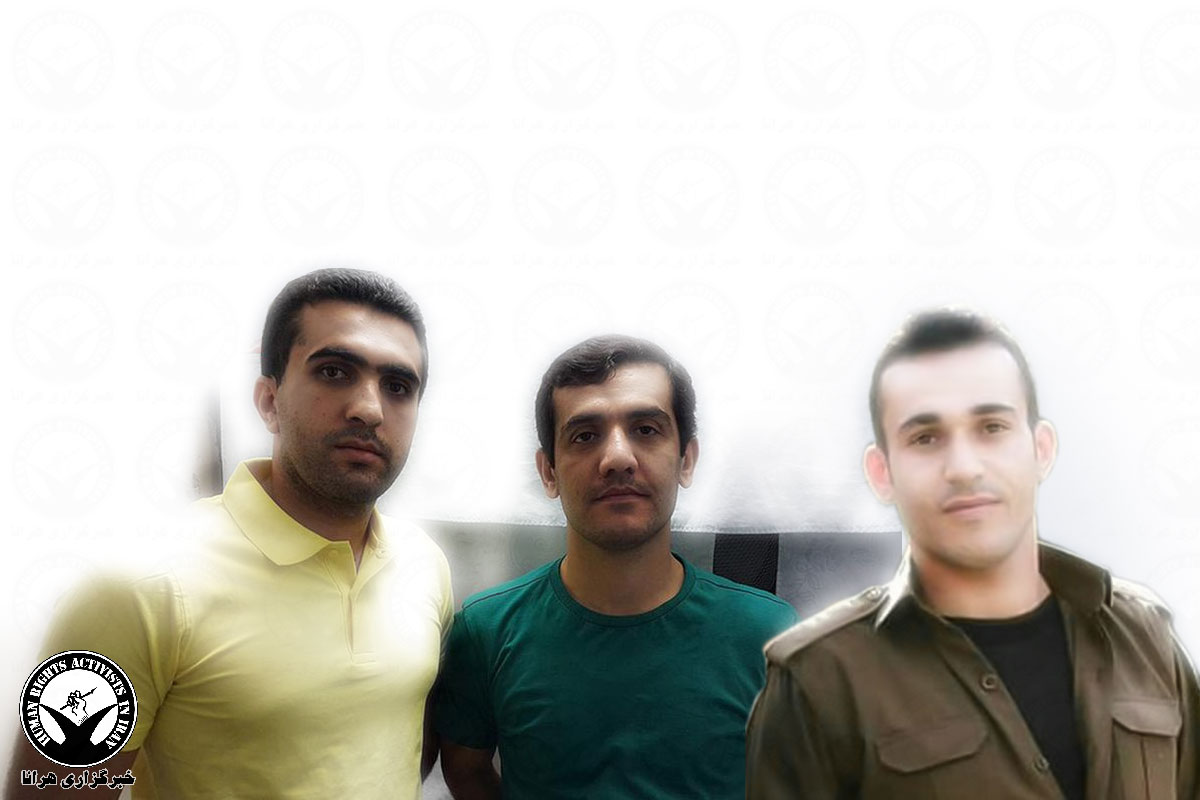 Human Rights Activists News Agency (HRANA)- Shock, sorrow, and censure over the executions of Zanyar Moradi, Loghman Moradi, and Ramin Hossein Panahi continue to pour in from both international institutions and Iranian citizens in-country, further straining relations between Iranian authorities and the human rights activist community at large.
A number of Kurdish opposition groups have sounded the call to strike to Kurdish regions of Iran, inviting fellow Kurds to protest their comrades’ executions.
Michelle Bachelet, United Nations High Commissioner for Human Rights, has stated, “I deeply deplore the executions last week of three Iranian Kurdish prisoners despite the serious concerns raised by Special Procedures mandate holders that they were not afforded fair trials, and were subjected to torture.” Philip Luther, Amnesty International’s Research and Advocacy Director for the Middle East and North Africa, has also condemned these executions.
Imprisoned civil rights activist Atena Daemi was among a number of imprisoned civil rights activists publishing separate letters expressing sorrow and outrage over the men’s deaths. Golrokh Iraee and Human Rights Lawyer Nasrin Sotoudeh, two more imprisoned activists, wrote and published their own messages of protest and sympathy, with Sotoudeh likening their executions to the *political massacres of 1988.
Some of these letters have reportedly incited blowback from prison authorities, who have subjected Daemi and Iraee to repeated non-routine body searches after their letters were published. When these women inquired about the reason for the searches, they learned the order for frisking had been issued by the Prison’s Director. A Prosecutor Assistant has since promised to investigate.
Excerpts from the letters of Sotoudeh and Iraee, translated into English by HRANA, are below.
Nasrin Sotoudeh:
“The judicial system has executed three Kurdish compatriots. Our Kurdish compatriots have been plagued by oppression for decades. The verdict and sentences of the Revolutionary Court, condemning these three compatriots to die, was the product of an unlawful process that runs counter to Human Rights principles and the laws of the Islamic Republic. In at least one of these trials, had due process been respected, the defendant may very well have been acquitted.
Zanyar and Loghman Moradi were on hunger strike when they were hanged, another testament to the inherent brutality of the judicial system, who itself is supposed to protect us from violence.
I extend my condolences to our Kurdish compatriots, who have had a steadfast, crucial presence in the cultural promotion of Iran; to all Iranians; and, in particular, to the families of Moradi, Moradi, and Panahi. I hope that in heeding the diverse manifestations of Iran’s judicial violence, the urgent need to renounce all forms of it will become clear.”
Golrokh Iraee
“[Their death] invites the wrath of Kurdistan’s Children […] Zanyar Moradi, Loghman Moradi, and Ramin Hossein Panahi, freedom fighters, Kurdistan’s immortal resistance, teachers of patience and persistence, have left behind a lesson in determination. They were hanged while on hunger strike, in protest of their mistreatment at the hands of authorities; they stood up to the monsters of despotism and reactionarism.
They unmasked those traitors who call themselves statesmen and rulers. Let it be known that the time for lip service has passed. To hold them accountable, we must act.”
****
After being hanged to death in an undisclosed location in Tehran on September 8th without notice to their lawyers, the bodies of the Moradis and Hossein Panahi were *confiscated by the Iranian authorities. The Ministry of Intelligence has since threatened the men’s surviving family members.
Ahmad Amouee, journalist and former prisoner of conscience, published an account of the Moradi and Moradi families’ visit to Tehran’s main cemetery, Behesht-e Zahra, where officials had summoned them to bid farewell to their sons’ bodies. Their final resting place remains unknown.
* In the summer of 1988, on the orders of Ayatollah Khomeini, the Supreme Leader of Iran at the time, thousands of prisoners of conscience and political prisoners were executed after inquisition-style interrogation sessions. Almost all of these prisoners had already been tried and were either serving their sentence or, having completed their sentence, were awaiting release. All were buried in unmarked, often secret, mass graves.