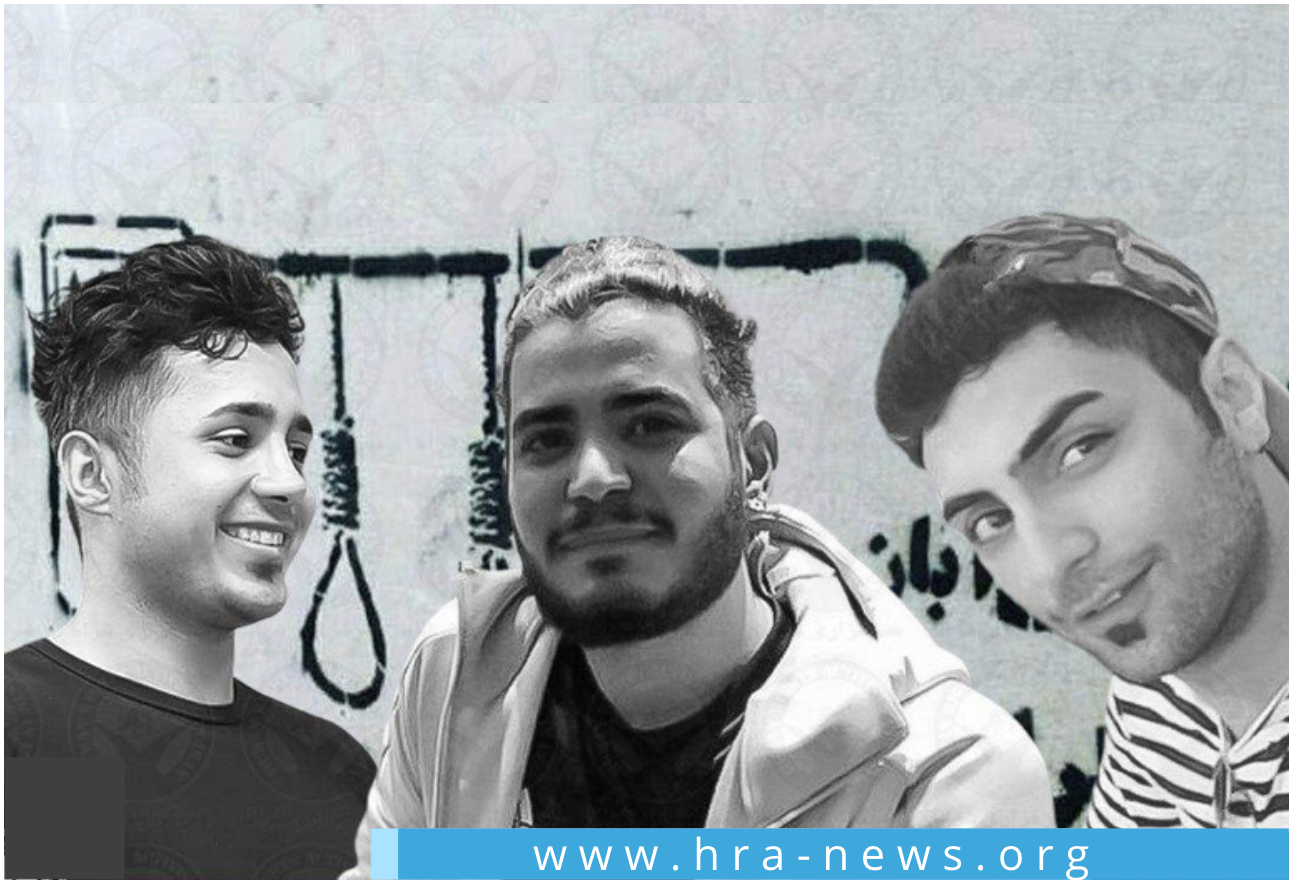 On May 12th, the court hearing for political prisoners Amir Hossein Moradi, Saeed Tamjidi, and Mohammad Rajabi, detained since the national protests of November 2019, was postponed for a second time.

According to HRANA, the news agency of Human Rights Activists, the prosecutor’s representative, defendants, and lawyers were all present, but the hearing was unable to proceed in the absence of a second judge. The hearing has not yet been rescheduled.

Amir Hossein Moradi, Saeed Tamjidi, and Mohammad Rajabi were previously sentenced to death by the Tehran Revolutionary Court. They were also sentenced to a total of 38 years in prison and 222 lashes.

However, according to the lawyers, permission to enter the trial and study the case was given to them on July 15, 2020–weeks after HRANA news agency reported that the death sentence was confirmed in the Supreme Court.

Less than an hour after the official confirmation of the death sentences for Amir Hossein Moradi, Saeed Tamjidi, and Mohammad Rajabi, “#Don’t_execute” became the world’s top trend with hundreds of thousands of tweets. Human Rights Watch, US President Donald Trump, the Writers’ Association of Iran, and others all reacted to this news. The hashtag has now been used more than ten million times.

The following day, UN human rights experts issued a statement and condemned the death sentences. The statement expressed that Amir Hossein Moradi, Saeed Tamjidi, and Mohammad Rajabi were tortured and forced to confess and that these forced confessions were later used against them in their trials. HRANA has previously conducted numerous conversations with informed sources and extensive research to determine what happened to the prisoners in the various processes of activity up to the conviction.

On July 19, 2020, the three defendants’ lawyers issued a joint statement announcing that the case had been referred to a different branch for retrial after the Supreme Court’s acceptance of Article 477.

In mid December of 2020, in the aftermath of the global outcry, the young activists’ request for a retrial was finally accepted by Branch 1 of the Supreme Court and their death sentences were overturned.

The case was then referred to Branch 23 of the Revolutionary Court of Tehran, but, due to a change of chief judge of the branch, the first hearing was postponed from March to May 12th.

Now, it has been postponed from May 12th to a date that has yet to be determined.