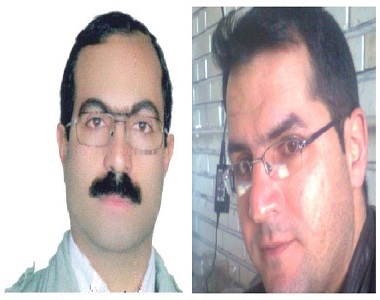 HRANA News Agency – Rasoul Razavi, one of the detainees of the “Quds Day” was released on the bail from Tabriz Central Prison. Hossein Rakhshani kia and Sevindik Lotfi, had been released over the past days.
According to the report of Human Rights Activists News Agency in Iran (HRANA), these activists were released temporarily, on a bail of 50 million Tomans, while they had been charged with “propaganda against the regime” and, “disturbing public opinion” by the Court Branch 19, presided by Judge Samadi, in Tabriz. END_OF_DOCUMENT_TOKEN_TO_BE_REPLACED

HRANA News Agency – Four civil rights activists in Tabriz, who were arrested by the security forces on Friday on the “Quds Day” protests, were transferred to the Tabriz Central Prison, after a bail with the amount of 50 million Tomans was determined for each of them.
According to the report of Human Rights Activists News Agency in Iran (HRANA), on Sunday 12th July, Rasoul Razavi, Hossein Rakhshani Kia, and Sevindik Lotfi were transferred to the quarantine of Tabriz Central Prison and so far there is no information on the identity of the fourth person. These activists are expected to be released temporarily in the coming days after securing the bails. END_OF_DOCUMENT_TOKEN_TO_BE_REPLACED