Baktash Abtin, Reza Khandan Mahabadi, and Keyvan Bajan were charged with “propaganda against the state” and “assembly and collusion against national security.” They were sentenced to 18 years in prison, combined.

The trial of the three writers was held earlier at Branch 28 of the Revolutionary Court. They were arrested on January 22, 2019 after being subpoenaed on the “encouraging immorality or prostitution” and security-related charges. They were released from Evin prison a few days after on bail.

The trial led by Judge Moghiseh at the Branch 28 of the Revolutionary Court sentenced Baktash Abtin, Reza Khandan Mahabadi, and Keyvan Bajan were sentenced to one-year imprisonment for “propaganda against the state” and to five years imprisonment for “assembly and collusion against national security”. Their attorneys, Naser Zarafshan and Razieh Zeidi were informed of the verdict. In an announcement, the Iranian Writers Association (IWA) has condemned the verdict.

The IWA was an independent group of authors, poets, editors and translators based in Iran which was formed in May 1968 to fight against state censorship. Government have continuously persecuted its members after Islamic revoloution. In 1998, several IWA members, including opposition politicians, Dariush Forouhar and his wife Parvaneh Eskandari, and writers Mohammad Mokhtari and Mohammad Jafar Pouyandeh were murdered.

An investigation concluded that the murders had been carried out by authorities of the Intelligence Ministry. A number of ministry officials were arrested, and information about the murders was leaked to the media. During a judicial inquiry, the prosecution confirmed that the chain murders were part of a systematic policy to physically eliminate political and cultural dissidents of Iran. 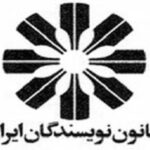 In a statement, the association says the meeting was scheduled to be held at the home of one of the members on Tuesday January 21. However, in a telephone communication, the security officials summoned the member to the ministry of intelligence and forced him to cancel the meeting. END_OF_DOCUMENT_TOKEN_TO_BE_REPLACED