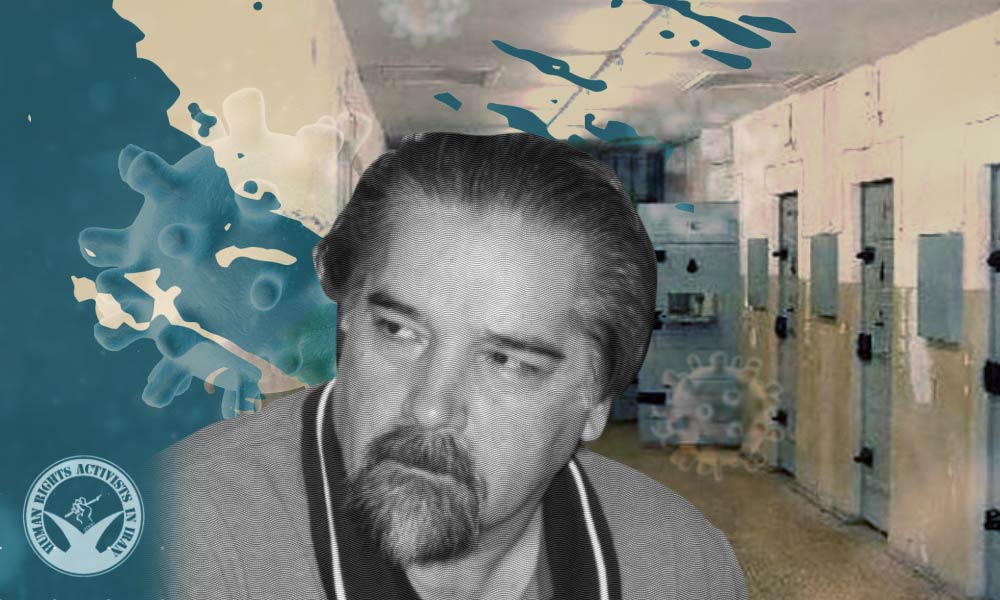 On December 21, Reza Khandan Mahabadi, a prisoner of conscience, writer and member of the Iranian Writers Association (IWA) was dispatched from Evin Prison to a hospital outside the prison after his COVID-19 symptoms worsened. Earlier, he and another prisoner of conscience, Baktash Abtin, tested positive. This has raised alarms about the spread of the virus amongst prisoners in Evin Prison.

According to HRANA, the news agency of Human Rights Activists, Mahabadi was hospitalized due to a high fever and other severe symptoms. Abtin was hospitalized earlier in Tehran due to poor health and COVID-19 symptoms.

Mahabadi  was sentenced on May 15, 2019 by Branch 28 of the Revolutionary Court, headed by Judge Mohmmad Mohammad Moghayeseh. His sentence included one year in prison on the charge of “propaganda against the regime” and five years on the charge of “assembly and collusion with the intention of acting against national security”. On September 26, 2020, he was arrested and sent to Evin Prison to serve his sentence.

Mahabadi’s career as a writer kicked off in 1978 with the publication of his book “Local Children”. Some of his works include “Nothing Comes Out of the Sack, But What Was In It”, a seven-volume story collection called “My Favorite Stories”, a collection of research titled “Razi War”, and the 19-volume tale collection “Encyclopedia of Iranian Legends and Fairy Tales” (co-author Ali Ashraf Darvishian).