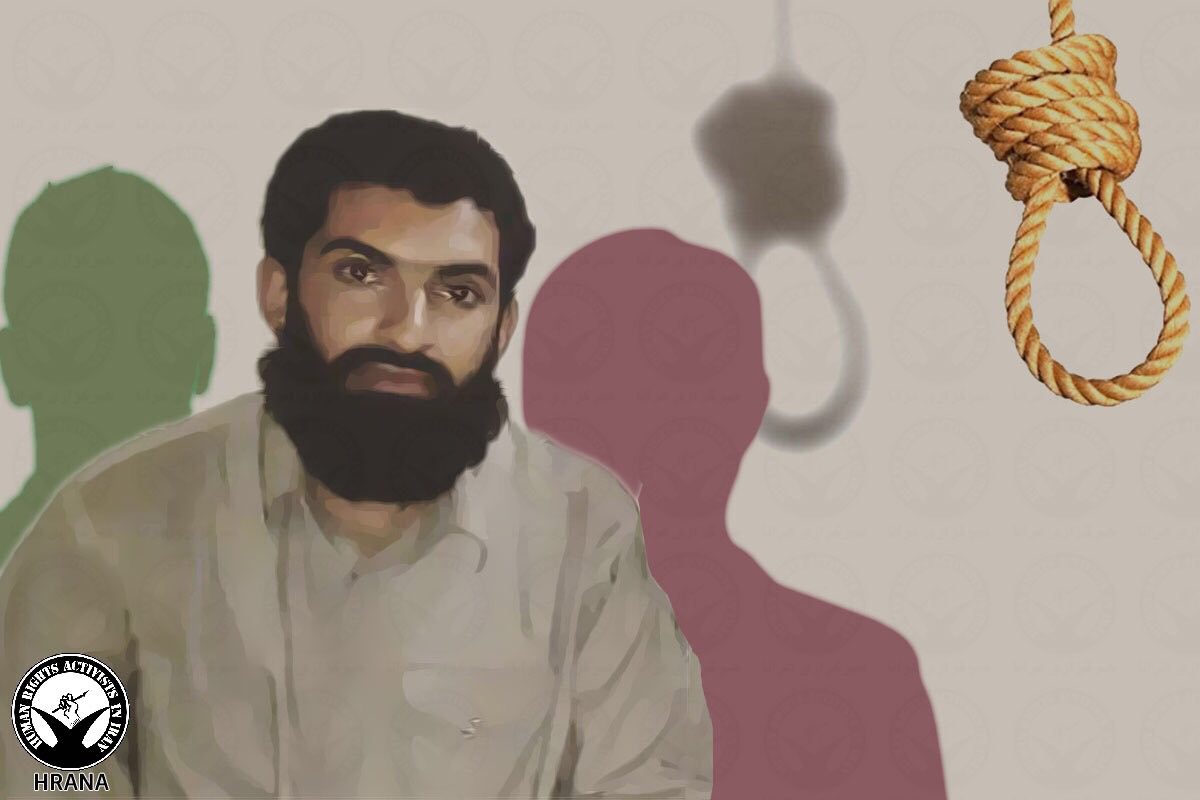 Human Rights Activists News Agency (HRANA) – Three prisoners held at Zahedan Prison were executed in the early morning hours of September 3, 2018 — sooner than expected — allegedly in a vindictive response to recent skirmishes between security forces and Jundullah, an armed opposition group based in the Sistan & Baluchestan province.

Though all three prisoners were already on death row, the carrying out of their sentence so soon after the clash gives reason to read the timing as a retaliatory gesture.

Indeed, on September 1, 2017, one day following the skirmishes, all three were transferred to solitary confinement per protocol for prisoners whose execution is imminent. The executed prisoners were identified as Dormohammad Shahbakhsh, 21, a resident of Zahedan, held in Ward 5; Ismaeil Shahbakhsh (pictured above), known as Beheshti, age 23, held in Ward 4; and Hayatullah Nutizehi (Ayatollah Nikzehi), known as Akbar, age 24, a resident of Pakistan.

Sistan & Baluchestan has a history of politically-motivated executions. At least 16 prisoners were put to death in similar circumstances in October of 2013. At that time, Zahedan Prosecutor Mohammad Marziyeh stated that those executed were “terrorist groups who were enemies of the regime”, adding, “they were executed Saturday morning in response to terrorist activities in Saravan the night before.” He did not reveal the names of the prisoners.

Shahbakhsh, Beheshti, and Nutizehi were sentenced to death by Branch 2 of the Zahedan Revolutionary Court back in November of 2017. Their conviction and sentence were upheld in Iran’s Supreme Court one month later. They stood accused of participating in a firefight with police forces on July 7, 2015, which led to the death of a police officer. Although all three denied having a hand in the officer’s death, they were charged as accessories to murder. At the time of their arrest, Ismaeil Shahbakhsh and Hayatullah Nutizehi had also sustained gunshot wounds.

The three wrote an open letter last autumn detailing mistreatment and torture at the hands of their interrogators. They wrote of having surrendered during the 2015 clash when security forces promised them immunity, only to then arrest, torture, and arrange for the three to be put to death. The letter also details instances of their torture by interrogators, such as having pepper rubbed into their wounds or their genitalia pricked by needles.

News of their execution has yet to be announced by the Iranian authorities.