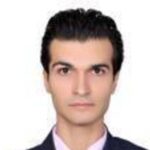 HRANA News Agency – The Iranian blogger Kaveh Taheri has been sentenced to 3 years in prison for propaganda against the regime.  In a separate charge, a bail approximately equivalent to $50,000 has also been set for him.

According to a report by Human Rights Activists News Agency (HRANA), Taheri is being held in Adel Abad Prison in Shiraz.  Presiding over the first branch of the Revolutionary Court, Judge Mahmoud Sadati handed down the maximum penalty allowed, sentencing Taheri to three years in prison on charges of insulting the Supreme Leader and propaganda against the regime with the intent to benefit the opposition groups. END_OF_DOCUMENT_TOKEN_TO_BE_REPLACED 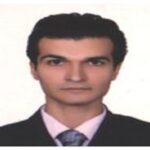 According to a report by Human Rights Activists News Agency (HRANA), recently and by getting closer to the presidential elections, limitation and pressure on the political prisoners in Adel Abad prison of Shiraz has intensely increased. END_OF_DOCUMENT_TOKEN_TO_BE_REPLACED

END_OF_DOCUMENT_TOKEN_TO_BE_REPLACED

Uncertainty of a detained weblogger situation after 130 days

HRANA News Agency – After 130 days detention of Kaveh Taheri, the weblogger who has arrested on September 23rd of 2012 still his situation is uncertain.

According to a report by Human Rights Activists News Agency (HRANA), Kaveh Taheri, the weblogger who is from Shiraz has been arrested by agents of revolutionary guards Etela’at on September 23rd of 2012 at his working place, transferred to Detention center of revolutionary guards and then after 52 days to Adel Abad prison in Shiraz.

The agents confiscated his personal laptop and then searched his home and took away his personal belongings such as hard drive of his computer, handwritings and … .

“Kaveh Taheri who is 31 years old, passed journalism courses and has the journalist ID but one of the charges on him is illegal reporter”, One of his relatives told HRANA reporter.

After 130 days of Kaveh Taheri’s detention and his family’s haunt, still no trial formed for him and even the court did not allow his lawyer to study the dossier.

It has to be mentioned that in general, the charges on this weblogger in his dossier are acting against national security and propaganda against regime through cyberspace.