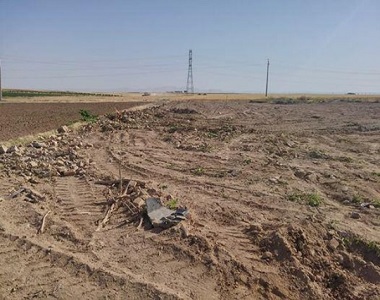 HRANA News Agency – Law enforcement agents in Kurdistan province have demolished a Golestan Javid (a Bahai cemetery), uprooted over three hundred 20-year-old trees, destroying the buildings used for prayers and for washing the bodies before burial, and even destroying some coffins. The destruction apparently took place at 5 a.m. on July 14.
According to the report of Human Rights Activists News Agency in Iran (HRANA), Law enforcement agents later summoned one local Bahai, Mr. Khalil Eqdameyan, to the Kurdistan Province Judiciary. A Persian source, Bazdasht, reports that when he answered the summons, he was detained for several hours and then released on bail. He had followed up the destruction of the cemetery in enquiries to the security forces, who referred him to the Department of Agricultural Development (Agricultural Jihad). END_OF_DOCUMENT_TOKEN_TO_BE_REPLACED