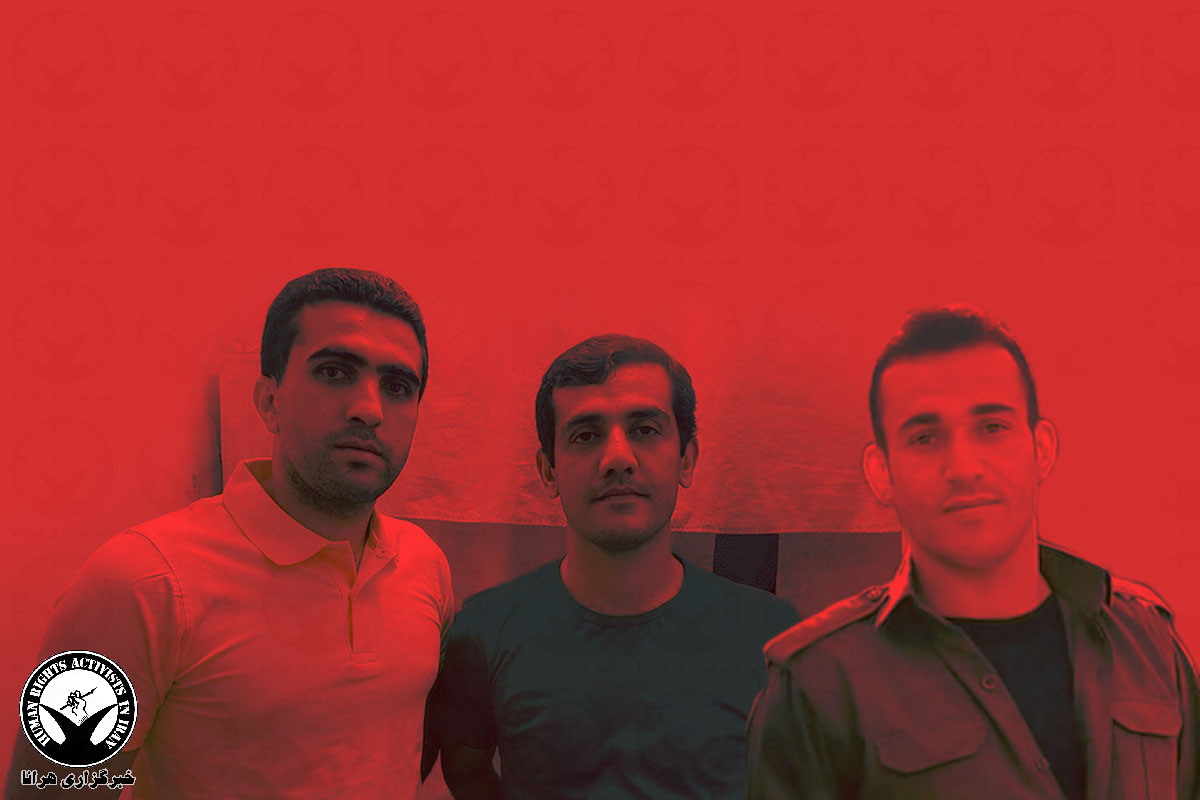 Human Rights Activists News Agency (HRANA) – Maryam Akbari Monfared, a political prisoner held in the women ward’s of Evin Prison, has penned an open letter in response to the highly controversial September 8th executions of Kurdish political prisoners Ramin Hossein Panahi, Loghman Moradi, and Zanyar Moradi.
Monfared, whose own siblings have been executed, expressed her sympathy for the mothers and sisters of the executed prisoners and chastised the broken promises of both current president Hassan Rouhani and the past 40 years of Iran’s Islamic governance.
The full text of her letter, translated into English by HRANA, is below:


It has been a week since that day, September 8th, 2018.
September is the month of blood in Iran: September 8th, 1978*, and September of 1981**.
September 8th: Everyone is worried. My ward mates and I have heart palpitations. We are in a swarm of contradictory news flashes. Some say the families were told the executions have stayed; someone else says that their families visited them yesterday for the last time.
And then comes the 8 p.m. news, broadcasting a speech from a figurehead of a government touting “prudence and hope.”*** I think to myself, “Hope is such a beautiful word!”. Rouhani promises to break the chains of injustice with a golden key and to sow new hopes in the souls of the nation. He campaigned as his predecessors did before him, riding the wave of the country’s emotional elan. The ink on the ballots was still wet when he changed his stripes. How despicable of him to preside over the nation’s highest rate of executions and civilian crackdowns in 30 years.
All eyes in the ward are transfixed on the TV screen and the news ticker running at the bottom. Ears in the ward are attuned to the speaker’s’ every word.
Finally, the 10:30 p.m. broadcast: “Three terrorists…”
That’s right. For 40 years, they sent this land’s youth to the gallows, lined them up before firing squads, sent them off wholesale to torture chambers and prisons. Then, brazenly, they speak of their actions under the guise of eliminating “terrorism” and other excuses of this ilk. The chariots of oppression, torture, and captivity have been riding unbridled for 40 years.
I don’t intend to re-narrate the crimes of the regime, for the vileness and cruelty of the establishment are readily apparent. The news is abuzz with sympathy and condolences. Perhaps now it is too late to add my own….but for a while, I was unable to muster the presence of mind to pen even a few lines to the mothers and sisters of these beloved men.
To my mothers and sisters: I know your pain very well. I can almost sense the unbearable, scalding pain in your hearts. I know the whispers of the warm lullabies you used to sing, even those lost in the wrinkled lines of your bodies or drowned out by screams in a faraway land. I know the bitter taste of those tears shed by poppy flowers.
I know that you are adding a page to what will be the proud and bright history of Iran’s fight for freedom. I wish to honor your motherhood, this exalted, humane quality, and to thank you for your endless, unabating kindness. Your name is a comforting breeze in the sky. Your familiar faces and your kind gaze bear the promise of life, love, and resistance. When the flames of injustice burn your cheeks, I will put out the flames by touching your cheek to my own, which is frozen in the grimace of injustice.
I am brimming with unspoken words. My tears and the lumps in my throat are bursting with the pain of oppression. But now is not the time to cry. We have to spread our screams all over like ashes. I will lean against your warm chest from behind these stony and cold prison walls. My heart is ablaze with pain, and the tip of the flames reach my throat. This is not only the fire of pain–it is also the fire of life. I wish to carry your tears and your anguish on my shoulder, to feel the burden of this responsibility for the rest of my life. My mothers! My sisters! We must harness the power of our collective pain to soothe the wounds of the Iranian freedom movement.
The vampire will not leave its throne of darkness unless we shake that throne and force it to flee. Let me hold your warm hands with my cold hands, and together, we will join the ranks of the justice movement for our loved ones. To bring to justice the ones responsible for these horrific crimes, we must join forces.
Maryam Akbari Monfared
Evin Prison
September 2018
************************
Maryam Akbari Monfared was arrested amid the 2009 Green Movement protests, and in June 2010 was sentenced to 15 years in prison by Judge Salavati in Branch 15 of Revolutionary Court for “enmity against God and the Islamic government through membership in the Iranian Mojahedin-e Khalq (MEK).” Monfared has denied these accusations.
Two of her brothers were executed in 1981 and 1984 by revolutionary courts for membership in the MEK. In the summer of 1988, two more of her siblings — a brother and a sister — were executed as part of a widespread massacre of political prisoners. In a letter to former UN Special Rapporteur Ahmad Shaheed, Monfared quoted her sentencing Judge: “You [Monfared] are bearing the burden of your siblings’ [political activities].”
Monfared served the first two years of her sentence in Karaj’s Rajai Shahr Prison on the western outskirts of Tehran. She was then transferred in May 2011 along with eight other female prisoners to Gharchak Prison in Varamin, southeast Tehran. Shaheed protested the transfer and shed light on the deplorable conditions at Gharchak. As a result, Monfared was then transferred to the Evin Prison women’s ward, where she is serving the remainder of her sentence.
* In the last months of the Shah’s reign preceding the revolution, September 8th, 1978 came to be known as “Black Friday” when soldiers opened fire on protesters assembled in Jaleh Square, killing many.
** Iran’s then-new Islamic government intensified its crackdown on the opposition in the summer of 1981, arresting and executing a countless number of people.
*** “Prudence and Hope” was Rouhani’s slogan during both of his presidential campaigns.