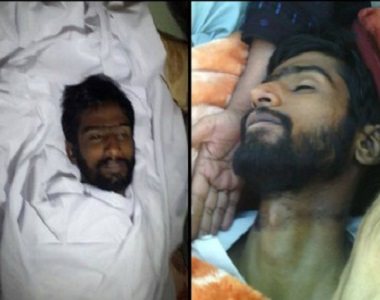 According to the report of Human Rights Activists News Agency (HRANA), 22-year old Vahid Shah Bakhsh and 23-year old Mahmoud Shah Bakhsh were taken to the gallows and hanged on 13 November 2014 on charges of ‘Moharabeh [enmity against God] and acting against national security’. END_OF_DOCUMENT_TOKEN_TO_BE_REPLACED

According to the report of Human Rights Activists News Agency (HRANA), Abdulvahid Shah bakhsh son of Ghos Aldin 22 years-old and Mahmoud Shah bakhsh son of Dar Mohammad 23 years-old were arrested by the security forces and detained by the Guards and sentenced to death by the revolutionary court in Zahedan. END_OF_DOCUMENT_TOKEN_TO_BE_REPLACED