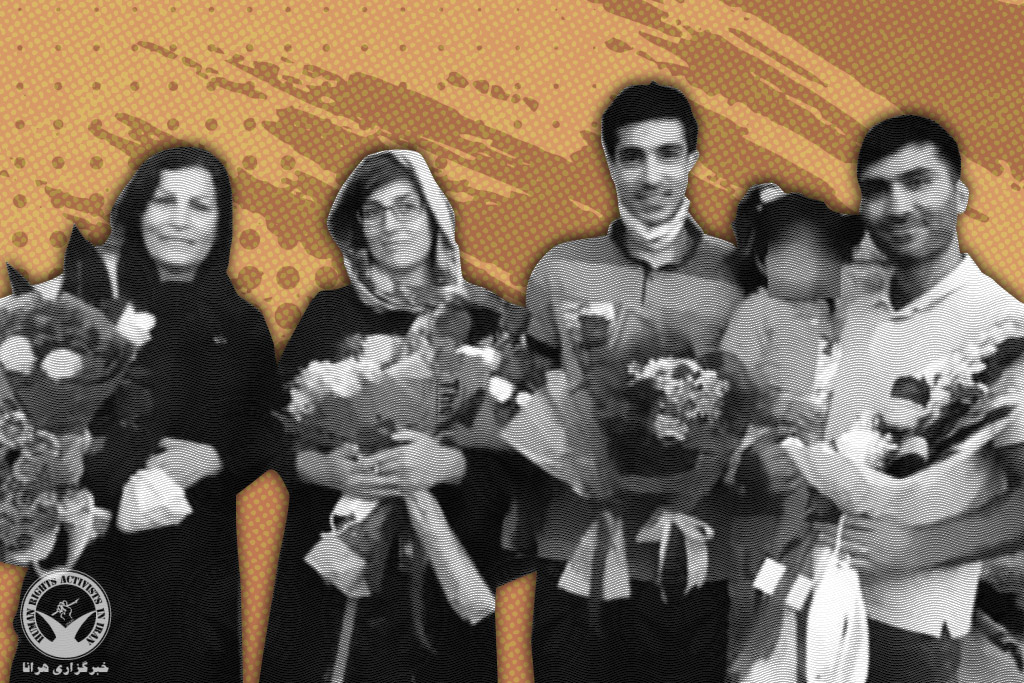 On Tuesday, October 27, Baha’i citizens Moeen Misaghi, Negareh Ghaderi, Hayedeh Forootan and her son Mehran Mosala-Nejad were released on bail in Shiraz until the end of legal proceedings.

According to HRANA, the news agency of Human Rights Activists, each of these citizens has been granted a bail of 800 million tomans.

On September 22 and 23, security forces arrested the citizens and transferred them to solitary confinement cells in block 201 of the police detention center in Shiraz City, where were held until their release.

On September 22,  after the inspection of their house, Moeen Misaghi and Negareh Ghaderi were arrested and transferred to an unidentified location. Meanwhile, security forces raided Hayedeh Forootan and her son’s house to arrest them, but they were not at home. The security forces searched the house and confiscated some of their belongings. These citizens were summoned to the Shiraz CID Police of NAJA office to give some explanations. She was arrested upon arrival. Twice before, their house had been searched by security forces. According to an informed source, during the search, the security forces behaved brutally and carelessly so that they caused their two-year old daughter to be burnt by a bowl of hot soup.