A number of Azeri nationalist-civil activists have been arrested 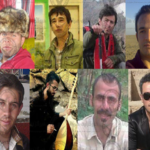 HRANA News Agency – Many Azeri nationalist-civil activists in Ardabil province, who were planned to climb Sabalan peak, the same as previous years, have been arrested by security and intelligence forces.

According to the report of Human Rights Activists News Agency (HRANA), while some nationalist-civil activists of towns and cities in Ardabil province were planned to climb Sabalan peak, like past years, the security and intelligence service forces blocked their way to Sabalan station and prevented them from climbing. Also, they have arrested the activists who could reach to Sabalan station, around 8 pm, on August 11. END_OF_DOCUMENT_TOKEN_TO_BE_REPLACED 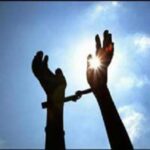 According to the report of Human Rights Activists News Agency (HRANA), tens of civil and political activists who had gathered on mother tongue day, in Akbar Abolzadeh’s house, have been arrested by intelligence service forces. END_OF_DOCUMENT_TOKEN_TO_BE_REPLACED