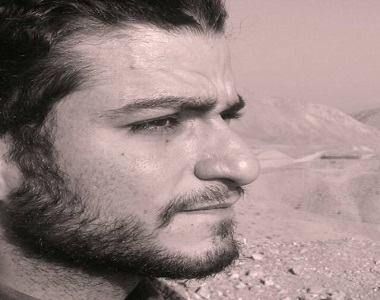 HRANA News Agency – Milad Darvish, labour activist is one of the detainees in recent gathering of teachers, and after twelve days of detention in ward 2A in Evin prison, has been released on a bail of 50 million Tomans.

According to the report of Human Rights Activists News Agency in Iran (HRANA), Milad Darvish, labor activist, filmmaker, member of “Environmental Foundation of Sanctity of Life”, and honorary member of the Teachers’ Union, who had been arrested by the security forces at teachers’ peaceful protesting demonstration; on Sunday 1st of March, in front of the Islamic Parliament, was released from ward 2A of Evin prison on bail of fifty million Tomans after twelve days in detention. END_OF_DOCUMENT_TOKEN_TO_BE_REPLACED

HRANA News Agency – Milad Darvish and Amir Hamzeh Asgari, two detainees of teachers’ recent rally in Tehran, were transferred to Hall 10 in Rajai Shahr prison, in Karaj, on the third day of their arrest.

According to the report of Human Rights Activists News Agency in Iran (HRANA), Milad Darvish and Amir Hamzeh Asgari, 2 union activists who were arrested in teachers’ protests on 1st March and had been held in Vozara detention center, were transferred to Rajai Shahr prison, in Karaj, when their trial began in branch 6th of Shahid Moghadas court in Evin prison, by the branch persecutor’s order.  END_OF_DOCUMENT_TOKEN_TO_BE_REPLACED 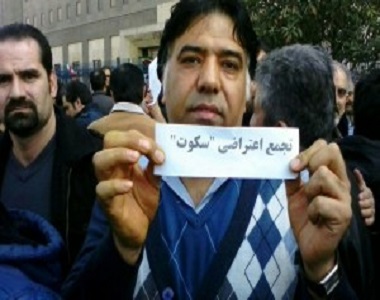 HRANA News Agency – Protesting teachers in different cities in Iran attended gatherings in protest against low wages and discrimination in education. At least one of the demonstrators was arrested and has not been released yet.

According to the report of Human Rights Activists News Agency in Iran (HRANA), on Sunday morning 1st March, in the various cities in Iran, teachers held a protest in silence. END_OF_DOCUMENT_TOKEN_TO_BE_REPLACED