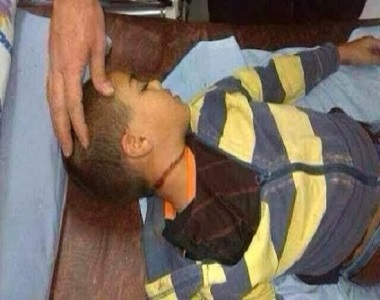 HRANA News Agency – Mohammad (Marvan) Ashoubi (son of Abdullah) a seven years old Feyshouri children, from the suburban of Fars province, has died in a game, by mimicking execution.

According to Feyshour website, in a report from Feyshour, Mohammad (Marvan) Ashoubi (Son of Abdullah Ashoubi) was killed, in a tragic accident.

According to this report, after the recent execution of two Feyshouri citizens, in Shiraz’s Adel Abad prison, the curiosity of this innocent child drove him to a deadly game, which ended to his death.

Sadly, this child was playing and dangling on a rope that was used for drying clothes on the yard while a toy-car was under his feet which moved and caused choking and losing his life.

None of the official Medias did not publicized this news yet.