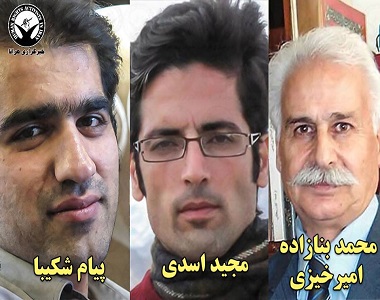 According to the report of Human Rights Activists News Agency in Iran (HRANA), three political prisoners have been detained since last year and gave their latest defences to Branch 6 of the Evin Prison on July 12, 2017. According to the verdict of Branch 26 of Tehran’s Revolutionary Court, headed by Judge Ahmadzadeh, they have been sentenced to 28 years of imprisonment for acting against the national security through gathering, collusion and propaganda against the regime. END_OF_DOCUMENT_TOKEN_TO_BE_REPLACED