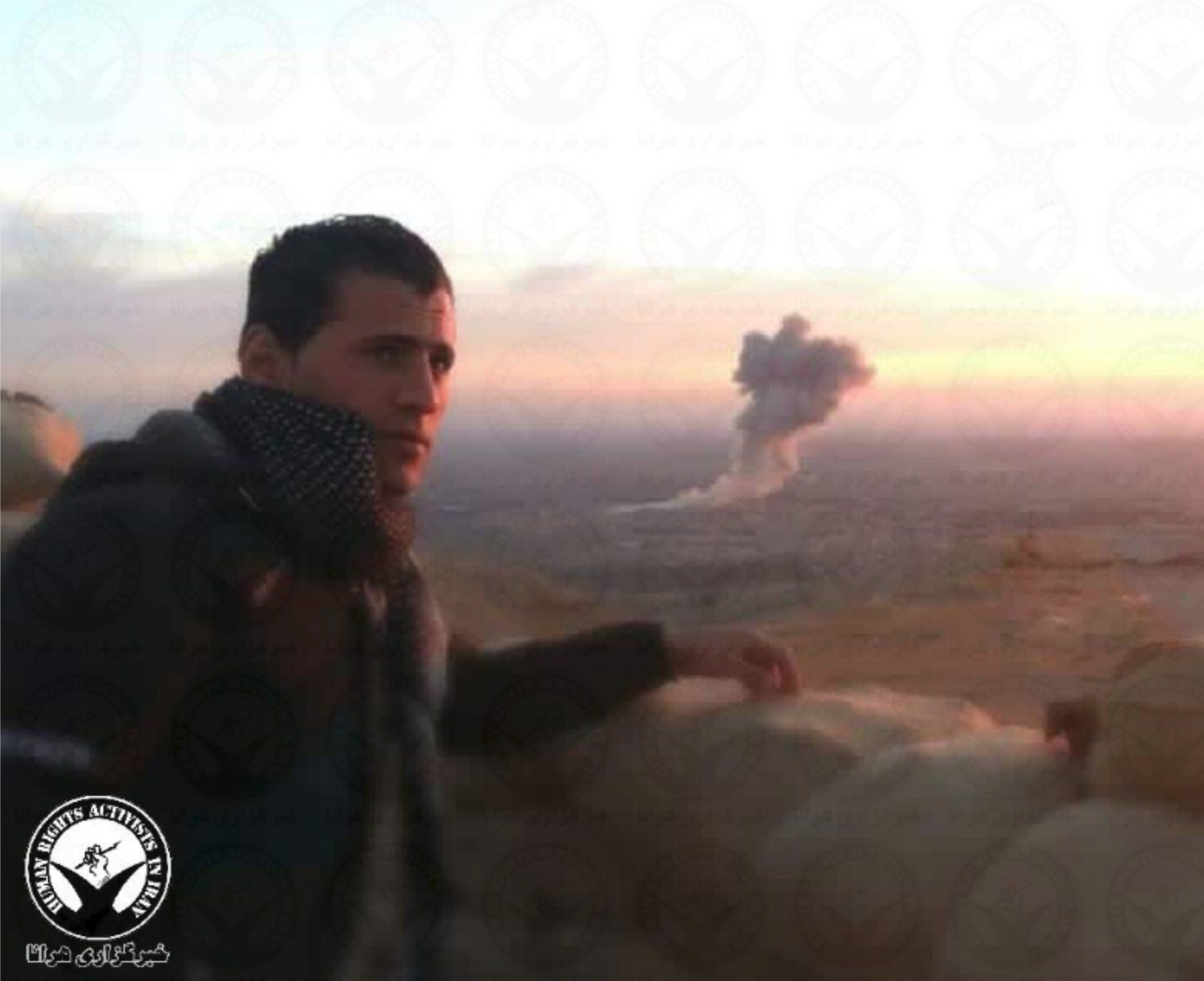 Human Rights Activist News Agency (HRANA) – On August 7th, Iranian state-sponsored television broadcast footage of what appeared to be a confession: two prisoners can be heard owning up to their part in an armed attack on the military base of Saqqez. One of these two men, Houshmand Alipour, is the subject of an open letter written by his brother Hejar, who sees this footage as a sham excuse to end his brother’s life.
Hejar has written in his brother’s defense before, asking human rights organizations in a recent open letter to address Iranian authorities’ restrictions on Alipour and his co-defendant’s visitations, extra-prison communications, and access to legal defense. Alipour, a Sardasht native, was detained August 3rd of this year alongside the prisoner seen beside him in the video, Mohammad Ostadghader. On charges of membership in Kurdish opposition parties, he has been confined to the Sanandaj Intelligence Office in circumstances increasingly dire.
A close source stated earlier this month that Alipour was being bounced between interrogation, intelligence detention, and Saqqez prosecution court, without the presence of a defense attorney and to the great confusion of his family. HRANA previously reported on authorities’ hindrance of Alipour’s defense proceedings as his October 4th investigation date drew near, only to be postponed.
In a prior statement, Amnesty International expressed concerns about Alipour and Ostadghader’s detention, particularly over their purported confession tapes. “The pair were held in an unknown location without access to their families or lawyers […],” the statement read. “The nature of the accusations against them and their forced televised ‘confessions’ may be a precursor to charges that incur the death penalty.”
Amnesty also detailed the plight of Ostadghader, who — as of the date of their statement — was denied medical since sustaining a gunshot wound at the time of his arrest.
The full text of Hejar’s second plea for his brother is below, translated into English by HRANA:
“Houshmand Alipour and Mohammad Ostadghader have thus far spent around three months in custody of the Islamic Republic. They are subjected to a variety of physical and psychological tortures. Their lives are at stake. Houshmand is a man 25 years young whose life is being squandered by the oppression of the Islamic Republic and its abuses of our family.
I want to narrate a part of Houshmand’s life here, for everyone to read. Houshmand was born in November of 1993 in Sardasht. He has a twin sister. He was born to a big family. Although there were ten of us children, our parents worked hard to make sure we wanted for nothing. Our father worked day and night, in the heat of the summer and the cold of the winter, all to provide for us.
The family Houshmand was born into is no stranger to oppression and injustice. Our father, Mostafa Allipour, is one of the better-known activists of the Sardasht region. Advocating to free the people and to better their lives bought him persecution from the Islamic Republic, which trailed him through the years with prison time and fines. My father always said, “Because we wanted fortune for all, much misfortune befell us [….]. The regime gave our family no respite.” Our mother, Ameneh Mowludian, bears the sufferings of the continued threats and pressures imposed on our family by the Islamic Republic. Our paternal uncle, Hossein Alipour, was executed in 1983 by the Islamic Republic. Our father’s paternal uncle Molla Ali Bijavi was executed in 1985 by Islamic Republic operatives, and the mercenaries of the Baʿthist regime in Iraqi Kurdistan.
Bearing witness to the insults and disdain that the government has always borne towards his family, Houshmand was haunted by anger and hatred. No matter how how hard he tried, he could never find peace.
In 2009, when he was only sixteen, he was arrested during a celebratory feast in Sardasht. Of his arrest, he said:
“Officers of the Islamic Republic attacked us with tear gas, batons, and pepper spray. I fell to the ground where they beat me and placed me under arrest. In their car, they tied my hands behind my back, blindfolded me, and transported me to the Intelligence Office. There they beat me savagely, insulted me, and spit obscenities at me. During the beatings and while I was blindfolded, they took my fingerprint as a ‘signature’ on documents, the contents of which I was wholly unaware. They forcibly extracted confessions in there.”
Houshmand is sentenced to four years’ imprisonment and 75 lashes. As a minor he spent time in the Juvenile detention center of Urmia before being transferred to the Juvenile Ward (1A). This is where he passed the days of his sentence and endured floggings.
After his release from prison, Houshmand Alipour was repeatedly summoned by the Ministry of Intelligence in connection to his family members’ politics. He eventually decided to flee to Iraq. He spent about four years in Iraqi Kurdistan, and even participated in the Kurdish war against ISIS, and incurred a few injuries in the process. A while later, following in the footsteps of his family members, he travelled to Turkey to seek asylum. His case file was registered at the UN Refugee office in Turkey. Upon his return to Iraq, where he went about working […] in the city of Baneh, Iranian Kurdistan, he was arrested alongside Mohammad Ostadghader.
The Islamic Republic pummeled and stifled the dreams of a young man, and we cannot stand by as they try to take his life. For this reason, I entreat all freedom-lovers and human rights organizations to do all in their power to rise up and save Houshmand’s life, to bring him back into the loving arms of his parents, sisters, and brothers.
Hejar Alipour,
20 October 2018”