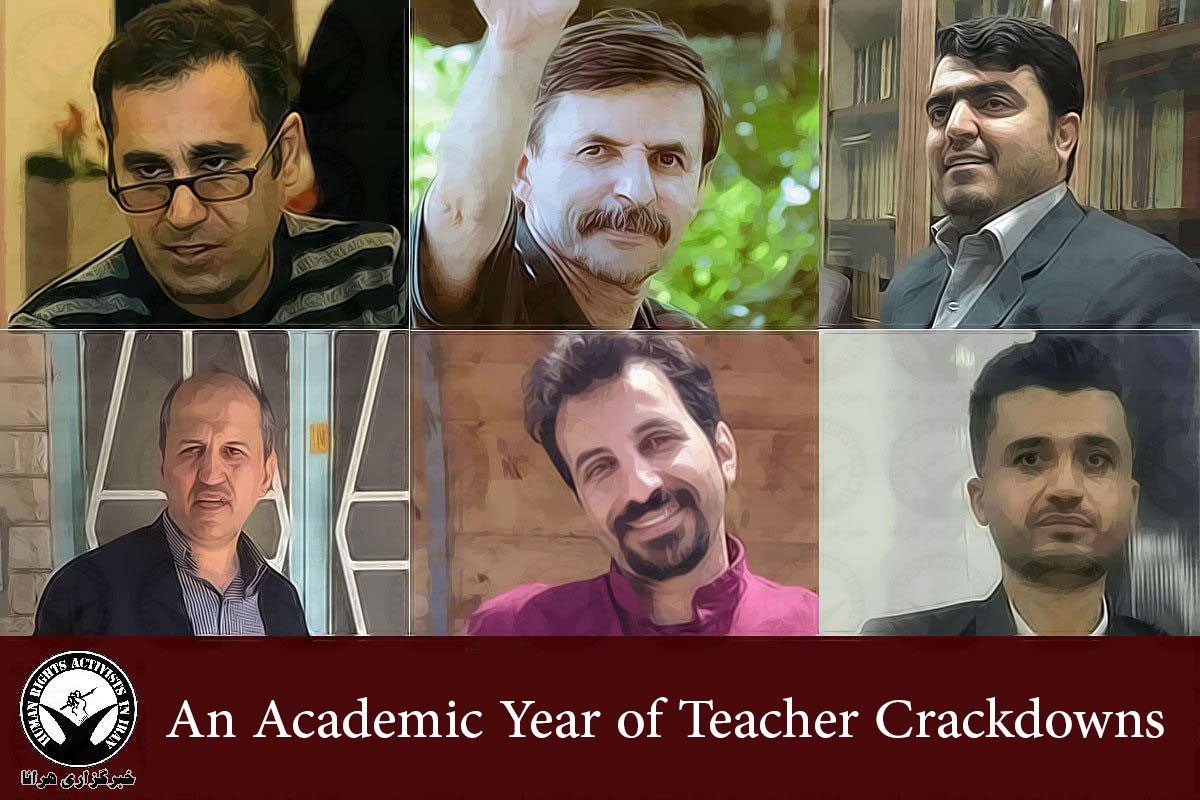 Human Rights Activists News Agency (HRANA) – Iranian authorities have tightened their grip on union activities in recent years, and teacher union activists are far from the exception. Indeed, if representatives of various industries have been met with blowback for organizing in defense of their colleagues’ collective rights, a retrospective of crackdowns in the education field gives reason to believe that authorities reserve particular vitriol for the nation’s educators.

So far this year, Iranian teachers and educator-activists have been arrested by security agents, brought to court under various allegations, issued lengthy prison sentences, flogged, and exiled. On this turning of Iran’s new academic year, HRANA looks back at the cases of several teachers who were persecuted by authorities this year.

Mohammad Habibi: Union Activist, Member of the Teachers’ Union Association Board of Directors in Tehran Province 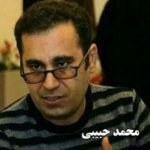 On May 10, 2018, the Council for Coordination of Teaching Syndicates urged teachers, be they retired or employed, to assemble in protest across the country. In Tehran, several of those who responded to the call were beaten and arrested and five days later Habibi was transferred to Great Tehran Penitentiary; all but Habibi were released on bail.

Now, Habibi’s case—which recently inspired more than 1400 civil and union activists to write to Iran’s Supreme leader demanding that he receive medical treatment—will be reviewed in Branch 36 of the Tehran Appeals Court, presided by Judge Seyed Ahmad Zargar. Habibi’s attorney Hossein Taj told a correspondent from the state-run news agency IRNA on Monday, September 17th that a date for the hearing has yet to be set.

Cumulatively, his charges would carry a sentence of ten years: seven and a half years for “National-Security Related Crimes”, 18 months for “Propaganda against the Regime”, and another 18 months for “Disrupting Public Order.” In addition to prison terms, he was dealt a two-year ban from political and civic activities, a two-year travel ban, and 74 lashings.

Habibi suffers from chest pain and throat and lung infections secondary to assault wounds inflicted by authorities during his arrest, yet continues to be denied medical treatment. On the one occasion his medical leave was granted, according to HRANA reports, the receiving hospital dismissed him without treatment, sending him back to Evin Prison’s Ward 4 on Monday, September 3, 2018, where he has remained since.

Habibi’s case–particularly his compromised medical condition–recently drew the support of teacher organizations abroad. In a letter addressed to Ayatollah Ali Khamenei, the French trade unions SFDT, SGT, FSO, Solidaires, and UNSA held the Supreme Leader accountable for Habibi’s fate, and called his imprisonment a violation of both human rights and the fundamental freedoms of syndicates. In May 2018, General Secretary of Education International (EI) David Edwards vehemently denounced Habibi’s arrest and detention, demanding his immediate release in a letter to Iranian president Hassan Rouhani.

The Teachers’ Union Association of the Province of Tehran has publicly condemned the recent persecution of union advocates, also demanding that the necessary steps be taken for Habibi’s immediate release.

A letter from Habibi’s HR office confirmed he is no longer receiving his salary. 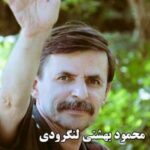 Mahmoud Beheshti Langroodi, former spokesman of the Teachers’ Union Association, has been persistently following up on his requests for conditional release, having already served half of the five-year sentence he began September 6, 2015 in Evin. Authorities have thus far been unresponsive.

According to his wife Adineh Beigi, Langroodi started his teaching career in 1983 and remained an hourly employee for the first seven years, suspended in the recruitment process due to his allegedly oppositional intellectual leanings. In the genesis of the Teachers’ Union Association in the early 2000s, he was one of the first to join its board of directors, and was elected general secretary for two terms. He has also served on the board as an inspector and spokesman.

Langroodi had been sentenced to a total of 14 years in prison for three separate cases tried in revolutionary courts, all presided by judges known as “Salavati and Moghiseh.” In April 8, 2017, with the application of article 134, which limits defendants of multiple charges to the single heaviest among their sentences, his 14-year prison sentence was reduced to five years. Now, having served two third of his prison term, his family awaits his release.

On July 2, 2018, Langroodi went on hunger strike to protest the continued mistreatment of political prisoners, and wrote an open letter imputing the eventual consequences of his hunger strike on those who had put him behind bars, particularly the judges and prosecutor’s office.

On July 16th of this year, the Teachers’ Union Association of Tehran Province issued a statement condemning the judiciary’s disregard of the law, and criticizing the assistant prosecutor in charge of Evin Prison for negligence. The letter validated the demands of Beheshti and his fellow imprisoned teachers, urging them to cease their hunger strike.

Moved by his comrades’ letter and concerned about his declining health, Beheshti ended his hunger strike after 14 days.

Langaroudi has been summoned, interrogated, arrested, and detained several times during the past few years for his peaceful trade union activities.

A former teacher of mathematics, Abdi was arrested by security forces June 27, 2015 and sentenced February 2016 by Judge Salavati in Branch 15 of Revolutionary Court on charges of “Propaganda against the Regime” and “Assembling and Colluding against National Security.”

On May 14, 2016, after serving 11 months, he was released on bail until his trial the following October, when Branch 36 of the Tehran Appeals Court upheld his six-year prison sentence. He has been in Ward 8 of Evin prison since being arrested in his home by security forces on November 9, 2016.

Under Article 134, Abdi’s sentence should be limited to the heaviest one of his multiple sentences, and thus should not exceed five years. It remains to be seen if the judiciary will uphold Article 134 in his case.

Over the course of Abdi’s imprisonment, several groups have spoken out against his treatment by the judicial system and pleaded for his release, including the Syndicate of United Bus Company Workers of Greater Tehran (known as ‘Sandicaye Sherkat Vahed’), the International Education Organization, the Iran Teachers’ Organization, a number of individual labor and union activists, the Coordinating Council of Iranian Teachers’ Trade Associations, the Kurdish Teachers’ Association, and the Canadian Teachers’ Federation.

In April 24, 2018, Esmail Abdi staged a 23-day hunger strike to protest the “widespread violation of teachers’ and workers’ rights in Iran.” Amnesty International was prompted by the urgency of his hunger strike to issue their own demand for Abdi’s release on April 28, 2018.

Abdi had previously gone on hunger strike one year earlier in protest of his trial proceedings, the judiciary’s lack of autonomy, and the continued unlawful repression of teachers and labors union activists. More than a month into the strike he was transferred to a hospital and began eating again on June 7th at the requests of his family and the Teacher’s Union Association.

Abdi was the 2018 recipient of the National Association of Schoolmasters Union of Women Teachers (NASUWT) Solidarity Award at its annual conference in Birmingham, England.

Mohammad Sani, a Teacher of Exceptional Schools in Southern Iran 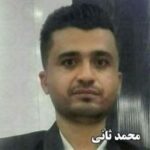 Mohammad Sani, a teacher from Bushehr, southern Iran, was sentenced to two years in prison and 74 lashings for his union activities, which landed him a conviction of “spreading misinformation and disturbing public opinion” this past August. He is currently waiting for the Enforcement Department to deliver his summons and begin his prison time.

An informed source previously told HRANA that Sani’s charge is related to the widespread teacher protests in 2015, which prompted the County Governorate of Dashtestan, Bushehr province to open a case against the protestors. “When Mr. Sani responded to the county governor’s insults to the teachers at the sit in, they opened a case on him,” the source said.

In October 2015, Iranian teachers staged peaceful protests across the country, demanding the release of their imprisoned colleagues, the fulfillment of union requests, and public consideration for the threatened livelihoods of educators. 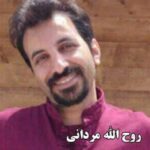 In Ward 4 of Evin Prison, Ruhollah Mardani is currently serving a sentence of six years, plus a two-year ban on typical citizen rights including travel.

Mardani was arrested and transferred to Evin Prison on February 17, 2018 for his participation in the widespread January protests one month earlier. His initial court hearing, which convened in June of this year, convicted him on charges of “Propaganda against the regime” and “Gathering and collusion aimed at disrupting national security.”

Mardani started a hunger strike April 24th 2017 to protest his detainment and stalled court proceedings while in prison. When authorities promised to accelerate their investigation of his case on May 21st, he began eating again after twenty seven consecutive days of strike.

An informed source previously told HRANA that the Education Security Office cut off his salary in the first month of his arrest, arguing that he could not be paid during his detention. “His job security is under threat right now,” the source said.

Mardani was working as a consultant teacher in region 4 of Karaj while studying at Tehran University. 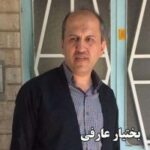 Bakhtiar Arefi began serving his 18-month prison sentence on Tuesday July 24, 2018 in Mahabad Prison. He was arrested January 25, 2015 for non-union reasons including “Membership in a Reformist Organization” and released on bail after one month.

Shortly thereafter in Revolutionary Court on February 25, 2017, Arefi was sentenced to three years in prison. His sentence was upheld in Branch 40 of Supreme Court, only to be later reduced to eighteen months in Branch 13 of Urmia Appeals Court on October 30, 2017, via application of Article 18 of Islamic Penal Code. If he serves his sentence as indicated, he will be released December 23, 2019.