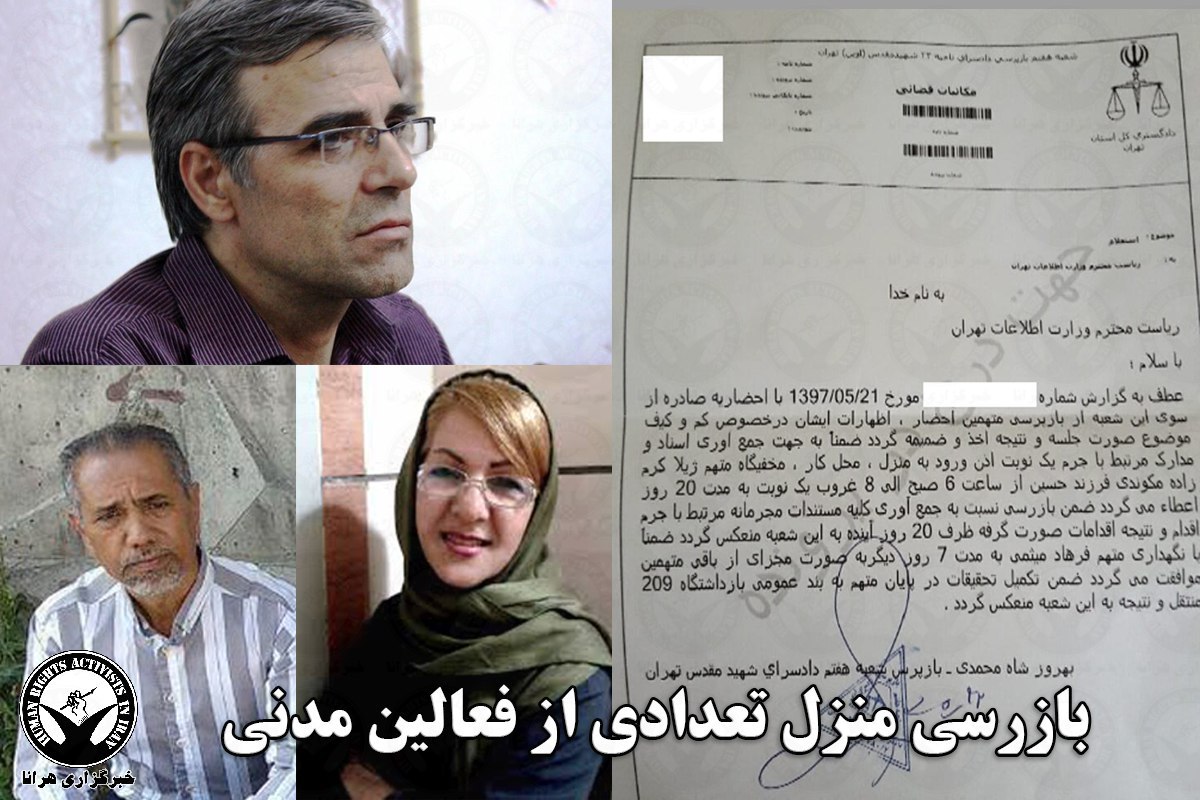 Reza Khandan, the husband of Nasrin Sotoudeh, told HRANA, “This morning, Saturday, August 18, between 8 and 10 am, security forces of the Ministry of Intelligence entered our home and searched every inch of it. After that, they went to the home of Mr Mohammadreza (Davoud) Farhadpour and searched his home in its entirety as well. At the same time, in an unusual attempt, the security force went to my sister’s home and violently searched the entire place, going so far as individually inspecting every page of her child’s notebook. Two hours later, they arrived at our neighbor’s door and asked them a number of questions about us. It is likely that their invasion of my sister’s privacy is merely an attempt to further pressure my family; there simply is no other explanation for it. The security forces had in hand an order issued by the Branch 7 of Evin Court.”

Reza Khandan added, “The security forces were only looking for [pinback buttons] with [the words] ‘I oppose mandatory veiling’. They also took some of the letters that my wife, Nasrin Sotoudeh, had sent from prison.”

This morning, Jila Karamzadeh Makvandi reported of her home’s inspection in a post affixed with the inspection order. She wrote, “This morning at 10 am agents from the Ministry of Intelligence inspected our home using this order. The inspection was in regards to Dr Maysami’s books and the [lapel pins] with the engraving‘I oppose mandatory veiling.’”

Furthermore, in the order issued by Branch 7 of Evin Court and posted by Jila Karamzadeh Makvandi, in addition to the inspection of her residence, it is stated that Farhad Maysami is being held in solitary confinement.