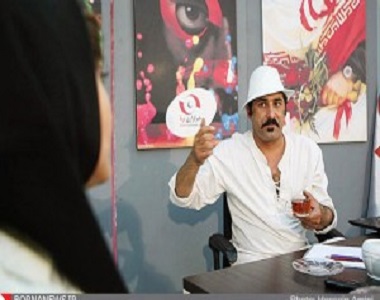 HRANA News Agency – Mohammadreza Haj Rostambeiglo, the poet who had been arrested in December 2015, was sentenced to 3 years imprisonment by the court in his absence.
According to the report of the Human Rights Activists News Agency in Iran (HRANA), Mohammadreza Haj Rostambeiglo, poet, who had been arrested on Wednesday December 15, 2015, in Karaj and then was released on a bail of 700 million IRR from the Central prison of Karaj, was tried by Branch 1 of the Revolutionary Court in Karaj, in his absence, and was sentenced to 3 years in prison. END_OF_DOCUMENT_TOKEN_TO_BE_REPLACED