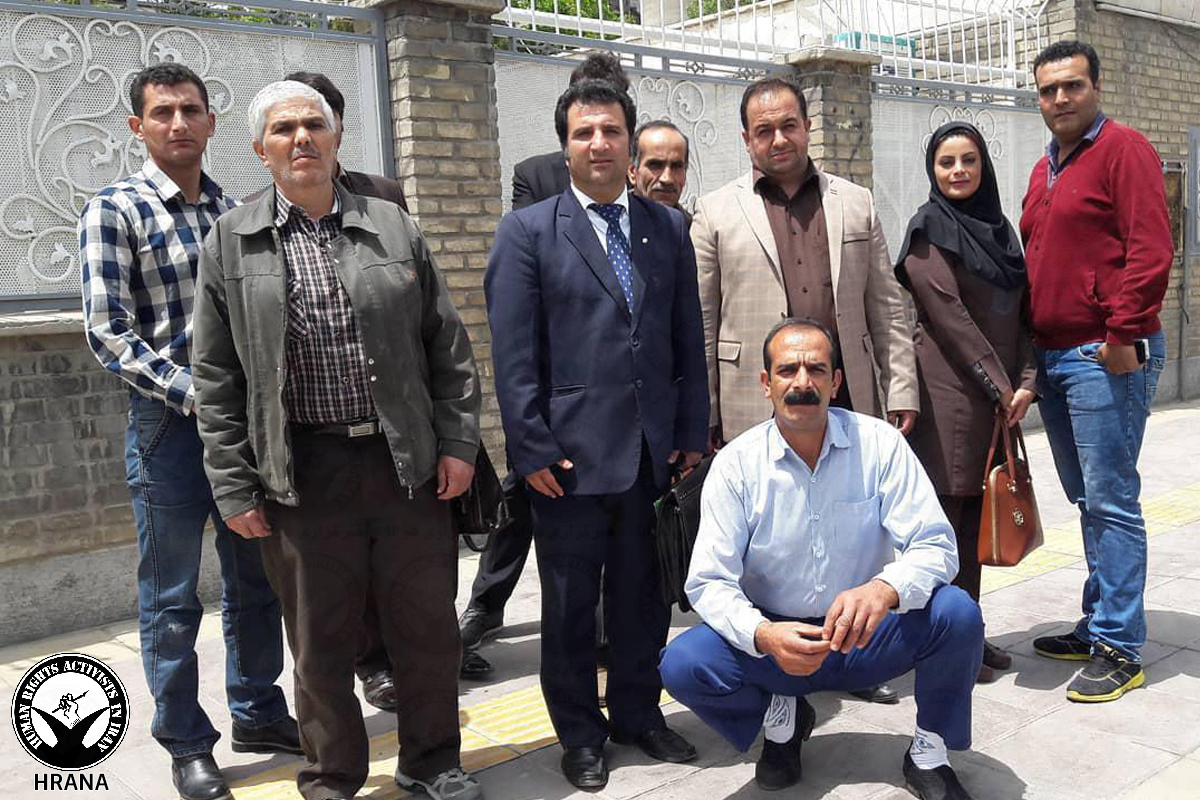 Human Rights Activist News Agency (HRANA) – On Wednesday, October 3rd, Branch One of Markazi Province Appeals Court convened to review the sentences of 11 defendants charged in relation to the nationwide protests that broke out in January of 2018.

Discovery into these protestors’ case file began March 13, 2018 in Branch One of Arak Investigation Court, by which point all 11 had already been interrogated by the Intelligence Office. Ten of the eleven were present during discovery, where an investigator deliberated on charges from disrupting the peace to gathering and conspiring. Though all of the accused were detained amid the protest site in Shazand city where all of them are residents, authorities inexplicably forwarded their case to the judicial office of Arak. All denied the charges brought against them.

Investigation court settled on a charge of “disrupting public peace through participating in an illegal gathering,” which according to HRANA reports incurred them one year of imprisonment and 74 lashings each, per the ruling of Judge Mohammad Reza Abdollahi in Arak Criminal Court No. 2, Branch 102.

Their sentence allows for detention time already served to be counted towards their pending prison terms, a particular boon to Najafi, Bagheri, Safari, and Sadeghi who received two additional years of prison time for “publishing lies with intent to disrupt the public mind.” Bagheri’s prison term was further compounded by another six months for “insulting a police chief in cyberspace.”

Independent of the January protests case file, Najafi, Bagheri, Safari, Ajilou, and Bakhshi all have individual cases pending in the Revolutionary Court of Arak.

Najafi was previously detained for inquiring into the death of civilian Vahid Heydari, who passed away while in custody of Arak authorities amid the January protests in Police Detention Center No. 12. While Iranian judicial authorities had claimed Heydari was a drug dealer who committed suicide during his detainment, Najafi’s field research, including interviews with Heydari’s family and friends, concluded that Heydari was a peddler with no criminal record; what’s more, his autopsy revealed no physical marks suspect for suicide. Buried under security supervision, Heydari had head injuries consistent with blunt-force trauma.

The court tried Najafi for his inquiries on June 9, 2018, in Arak Criminal Court No. 2, Branch 102. His hearing had previously been delayed due to the absence of the judge.

A large number of participants in recent protests, referred to as the January protests, were detained and interrogated across the country. The protests resulted in the death of 25 individuals and the detention of around five thousand.