HRANA News Agency – The court of Salmas has sentenced 2 citizens of this city to life-long imprisonment on charge of supporting the Kurdish opposition group of PJAK.

According to the report of Human Rights Activists News Agency (HRANA), the court has sentenced Saber Mamedi, 38, the son of Ashad and Nazmin Heydari, 40, the son of Soltan both from Derik village of Salmas city to life-long imprisonment. END_OF_DOCUMENT_TOKEN_TO_BE_REPLACED 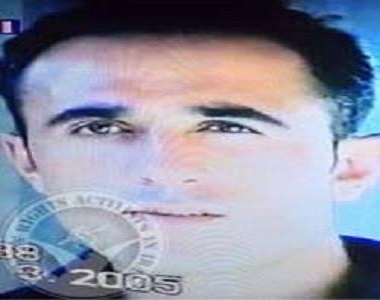 HRANA News Agency – according to reports, Reza Esmaeili, the political prisoner who was hanged yesterday in Salmas prison, was beaten before execution.

According to the report of Human Rights Activists News Agency (HRANA), Reza Esmaeili (Mamedi), son of Tofigh, 34 years old and inhabitant of Derik village from suburban of Salmas town was arrested by security forces in June 2009, and sentenced to death on charge of being combatant by promoting and cooperating with Partiya Jiyana Azad a Kurdistanê (PJAK), and has been executed in Salmas prison on Saturday, October 26. END_OF_DOCUMENT_TOKEN_TO_BE_REPLACED

HRANA News Agency – A Kurdish political prisoner has been hanged on charge of supporting PJAK in Salmas prison today morning.

According to the report of Human Rights Activists News Agency (HRANA), Reza Esmaili (Mamedi), the son of Tofigh, 34 years old, from Derik village of Salmas who had been arrested in June 2009 and was sentenced to death on charge of “Enmity against the God” and “Cooperation with PJAK” by Khoy revolutionary court. END_OF_DOCUMENT_TOKEN_TO_BE_REPLACED