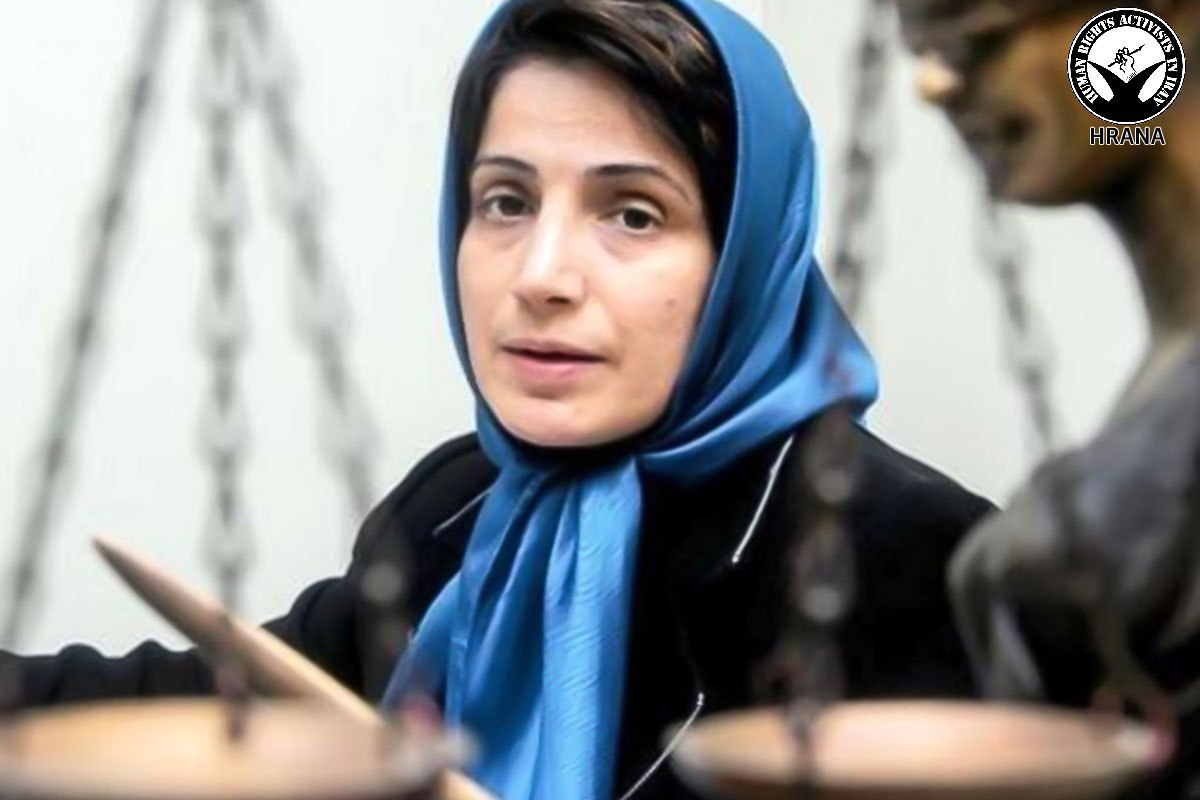 Human Rights Activists’ News Agency (HRANA) — Nasrin Sotoudeh, a lawyer and human rights activist who has been detained in Tehran’s Evin prison since June 13th on charges of collusion and propaganda against the regime, has written an open letter in reaction to the sudden death of Homa Soltani, daughter of fellow Evin prisoner Abdolfattah Soltani who is also a lawyer and activist. Ms Soltani recently died from a heart attack at the age of 27.

Nasrin Sotoudeh is a prominent human rights lawyer who has a history of arrests and imprisonment for her outspoken defense of human rights. Below is the English translation of Ms Sotoudeh’s letter:

My darling girl, my dear Homa,

It has been three days since you flew away from this world and we still can’t believe it. In our disbelief, we still wish that it could be a lie. Ah, if only it could be a nightmare, if only…

The women’s prison mourns for you. You had lost the embrace of your father years ago, my dear one. You know what, Homa? A father’s embrace gives one security and you were without it for years. This was something no one else could give you.

Many only knew about the seven years that you had been deprived of your father thanks to the revolutionary courts of injustice. But as far as I remember, your father was always dealing with his cases – cases for activists, colleagues and those they made against himself. You were raised with this news around you, you grew up like this and anxiety filled your childish existence. The temptation of human rights, the rights of dissidents, the rights of the accused and the rights of this person or that didn’t leave your father, Abdolfattah Soltani, alone. He had so honestly given his honor to the community of lawyers that he had forgotten himself and his family; how sad is this story.

Your father was once sentenced to three months in prison. Another time, the revolutionary court of injustice gave him five years but the appeals court repealed it. But the machinery of violence didn’t stop working against this freedom-loving lawyer. During the election crisis of 2009, they once more sought him first and he had to spend two months in detention. He was freed and two years later again arrested. Prison, prison, prison…

I don’t think of what made your father tick because I know it so well. I think of the world of your childhood, your teenage years, your youth; how innocently it was crushed under the weight of our ideals and their violence.

What happened to you every time your father was arrested? To you, your sister, brothers and mother?

I have asked myself many times: If Homa had her father by her side every morning when she woke up; if her father took her to university, school or work on some days and was with her throughout her daily problems; if they had dinner together at nights and then slept under the same roof; would the same happen to Homa? No, never…

Abdolfattah Soltani, who is being held in Evin Prison, was granted a furlough to take part in his daughter’s funeral.

Amnesty International reacted to Homa’s death and asked for the immediate release of Abdolfattah Soltani and all human rights defenders.

On August 5th, Saeed Dehqan, Mr Soltani’s lawyer, wrote to President Hassan Rouhani to say his client had been arrested by the political decisions of people such as former judge Saeed Mortazavi.

Mr Soltani is spending his seventh year in Evin. He has contracted many illnesses in prison.

Abdolfattah Soltani was first arrested on September 10, 2011. He was accused of having accepted the International Nuremberg Human Rights Award, speaking to the media about his clients and taking part in the founding of the Center for the Defenders of Human Rights. He was sentenced to 18 years in prison and barred from practising law for 20 years. An appeals court reduced his sentence to 13 years and it was further reduced to 10 years based on the provisions of the new Iran penal code. His disbarring has also been reduced to two years.