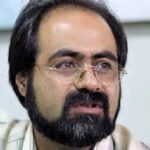 HRANA News Agency – Saeed Razavi Faqih, political prisoner in ward 7 of Evin Prison, who had been on hunger strike to protest against his situation, was released from the prison.

According to the report of Human Rights Activists News Agency in Iran (HRANA), Saeed Razavi Faqih, a political prisoner who had protested several times against the lack of appropriate medical care since the beginning of his imprisonment in February 2013, was released from Evin prison. END_OF_DOCUMENT_TOKEN_TO_BE_REPLACED 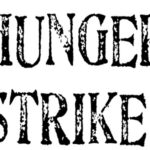 According to the report of Human Rights Activists News Agency in Iran (HRANA), Hossein Ronaghi Maleki and Saeed Razavi Faqih are two political prisoners and patients in ward 7 of Evin prison who are on the 4th and 7th day of their hunger strike because of lack of investigation to their therapeutic situation. So far, their requests have not been addressed by the authorities. END_OF_DOCUMENT_TOKEN_TO_BE_REPLACED

According to the report of Human Rights Activists News Agency in Iran (HRANA), the prisoners attempted to chant provocative slogans like “Down with seditious”, “Down with the anti-Faghih Leadership” and after the protests by the political prisoners, they attacked them. END_OF_DOCUMENT_TOKEN_TO_BE_REPLACED