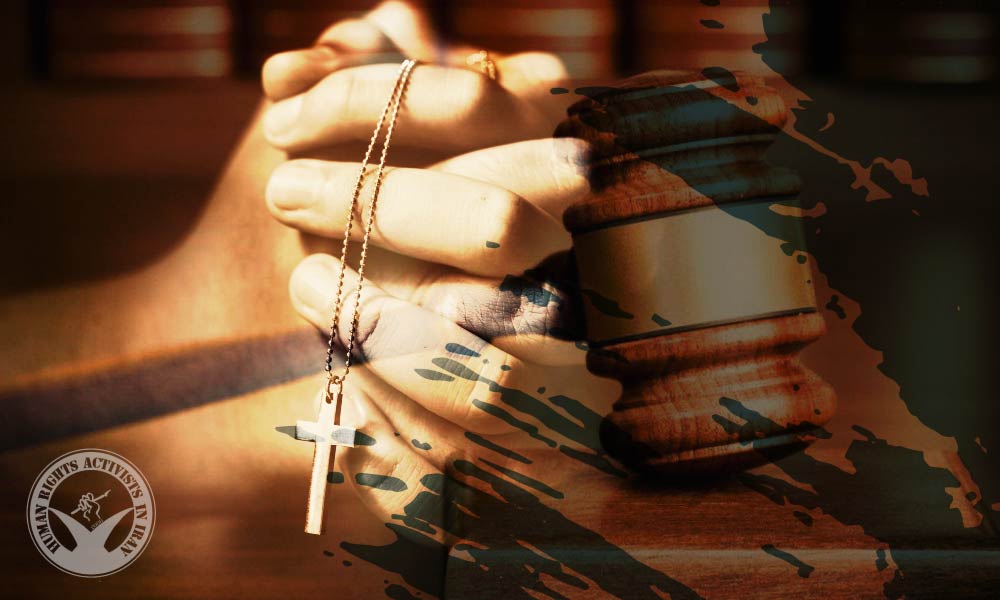 Two Christian converts, Ramin Hassan-Pour and Saeedeh Sajjad-Pour, were summoned by Branch 1 of the Executive Unit of Evin Criminal Courthouse to serve their sentences. In August of 2020, they were sentenced to 5 and 2 years imprisonment respectively.

According to HRANA, the news agency of Human Rights Activists, quoting Article 18 Organization, two Christian converts Ramin Hassan-Pour and Saeedeh Sajjad-Pour were summoned to appear at the Executive Unit of Evin Criminal courthouse within 20 days to endure their sentence.

In February of 2020, along with two other Christian converts, Catherine Sajjad-Pour and Hadi Rahimi, the two citizens were interrogated at their home by security forces. They searched the house and confiscated some of their personal belongings. Thereafter, they were told that they would be indicted soon.

In May of 2020, Branch 10 of the Revolutionary Court of Rasht City summoned and notified them about the charges and thereafter set bail of 500 million for each. On May 14, 2020, all four were transferred to Lakan Prison in Rasht City following the failure to provide bail. In the following days, they were released from detention after reducing the bail to 200 million tomans.

In August of 2020, Hassan-Pour was sentenced to five years and Sajjad-Pour to two years in prison.