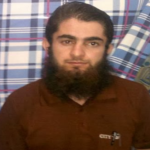 According to the report of Human Rights Activists News Agency in Iran (HRANA), on June 26, lawyer of Shahram Ahmadi, Sunni prisoners in Rajai Shahr prison in Karaj, was informed that the Supreme Court had rejected his retrial. END_OF_DOCUMENT_TOKEN_TO_BE_REPLACED

According to the report of Human Rights Activists News Agency (HRANA), these three prisoners were summoned for interrogation to this ward for unknown reasons, on Wednesday June 10. END_OF_DOCUMENT_TOKEN_TO_BE_REPLACED

Khaled Hardani is transferred to an unkown location 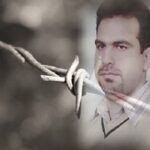 HRANA News Agency – Khaled Hardani, the political prisoner of hall 12 of Rajai Shahr prison, has been transferred to an unknown location.

According to the report of Human Rights Activists News Agency (HRANA), Khaled Hardani, the political prisoner of ward 4-hall 12 of Rajai Shahr prison, who has spent more than 13 years in prison, was transferred to an unknown location, on October 29. END_OF_DOCUMENT_TOKEN_TO_BE_REPLACED