HRANA News Agency – At least 30 political prisoners in Ward 10 in Rajai Shahr prison in Karaj, still continue to protest by refusing to accept the prison’s food. In protest against the unlawful deprivations and restrictions imposed on them, they demand the delivery of their lost and stolen personal stuff and equipment from the prison authorities. The Equipment of 35 rooms in prison is worth 3,85 billion IRR.
According to the report of Human Rights Activists News Agency in Iran (HRANA), 21 days after the beginning of the protest of political prisoners in Rajai Shahr prison in Karaj, by refusing to accept the prison’s food, and in spite of the prosecutor’s office’s promise to improve the situation, there has been no changes in the conditions of this place. END_OF_DOCUMENT_TOKEN_TO_BE_REPLACED 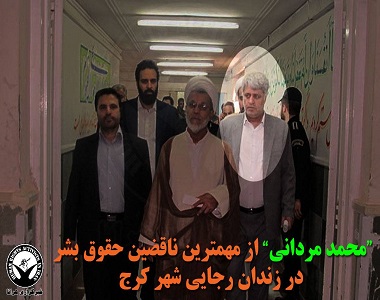 HRANA News Agency – An estimated number of 50 political prisoners held in Rajai Shahr prison in Karaj have been transferred to a new and security hall in recent weeks. There are the deprivations which have been imposed on prisoners in this hall where even the toilets are equipped with CCTV cameras. The situation has prompted political prisoners to protest. At least 18 prisoners are on the 25th day of their hunger strike in a critical condition.
According to the report of Human Rights Activists News Agency (HRANA), 53 political-security prisoners detained in hall 12 of Rajai Shahr prison in Karaj were transferred to a hall which was previously rebuilt and developed by security forces, with the presence of a large number of prison guards, without prior notice on July 30, 2017. The hall is equipped with a large number of surveillance cameras and surveillance devices, as well as the shields that separate it from the rest of the prison. END_OF_DOCUMENT_TOKEN_TO_BE_REPLACED 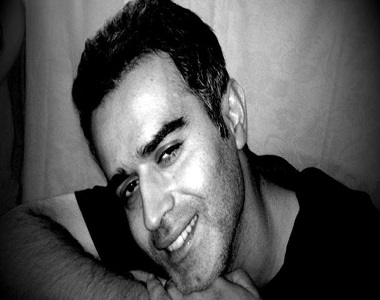 HRANA News agency – Since two weeks ago, Shahin (Jafar) Eghdami, the prisoner of hall 12 of political prisoners in Rajai Shahr prison in Karaj, has avoided to go to cabin visiting hall to protest against the denial of retrial and furlough, as well as problems which have come up for his family during following up the administrative process of these requests.
According to the report of Human Rights Activists News Agency in Iran (HRANA), a source close to the prisoner, regarding the situation of this political prisoner, told HRANA’s reporter: “According to Article 10 of the new law about waging war, he is not known as combatant anymore and eventually they will charge him only for gathering and colluding and disturbing public order, and they can sentence him to 5 years imprisonment, while he has spent 8 years of imprisonment. It means his request for retrial must be admitted and this issue must be applied on his case and he should be free”. END_OF_DOCUMENT_TOKEN_TO_BE_REPLACED 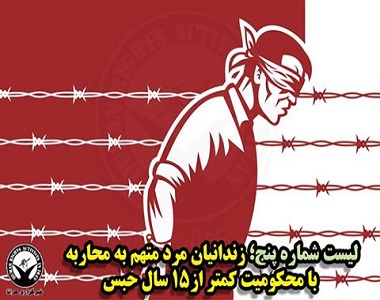 HRANA News Agency – According to the changes related to Moharebeh (waging war against god) in the New Islamic Penal Code, those who have been convicted of Moharebeh based on the previous penal code, will now have the possibility for a retrial, commutation and release. Currently tens of prisoners in Iranian prisons are convicted of Moharebeh for different reasons, this includes at least 22 male prisoners who are sentenced under 15 years of imprisonment. The following is the fifth list published in regards to “Prisoners Convicted of Moharebeh” and is dedicated to this 22 male prisoners.
According to the report of Human Rights Activists News Agency (HRANA), there are currently at least twenty two male prisoners in Iranian prisons who have been convicted of Moharebeh for different reasons and have been sentenced under 15 years of imprisonment. Since 2013, According to the changes in regards of Moharebeh in the new Islamic Penal Code, these prisoners could apply for retrial. Many of them could receive commutations and reach their release soon and considering the long prison terms of some of them, it could provide them the possibility of being release. END_OF_DOCUMENT_TOKEN_TO_BE_REPLACED

HRANA News Agency – More than 70 political prisoners are kept in Rajaei Shahr and Evin prisons who have been charged with Muharebeh. Considering the recent changes in the penal code, they need to be re-tried. After a re-trial most of these prisoners are expected to be released. HRANA published the names of 32 prisoners of these two prisons who have been charged with Muharebeh.
According to the report of Human Rights Activists News Agency (HRANA), considering the fact that article 186 has been superseded, political prisoners with the charge of Muharebeh need to be re-tried. Therefore the names of 32 prisoners who are imprisoned in Evin and Rajaei Shahr prisons on this charge are being published by HRANA. END_OF_DOCUMENT_TOKEN_TO_BE_REPLACED

HRANA News Agency – The following list includes names, warrants and charges of more than 80 political prisoners, prisoners of conscience and security in Rajai Shahr prison which has been prepared by the reporters of HRANA.
A diverse range of prisoners charged with political, conscience, military and security allegations are being held in Rajai Shahr prison. Although many of these prisoners are kept in separate rooms in Hall 12 but a large number of these prisoners are being kept also between non-political, criminals and sometimes dangerous prisoners unlike the principle of separation of crimes. END_OF_DOCUMENT_TOKEN_TO_BE_REPLACED

HRANA News Agency – Jafar Eghdami, Saeid Masouri and Afshin Baimani, political prisoners of hall number 12 in Rajaei Shahr prison, have been transferred to intelligence ward, known as Sepah (Revolutionary Guard) ward.
According to the report of Human Rights Activists News Agency (HRANA), these three prisoners were summoned for interrogation to this ward for unknown reasons, on Wednesday June 10. END_OF_DOCUMENT_TOKEN_TO_BE_REPLACED

HRANA News Agency – At least 23 political and conscientious prisoners of Ghezelhesar, Rajaeishahr and Uremia prison went on hunger strike in a symbolic movement, in response to wave of executions, which has been coinciding since the new administration has come to power.

According to the report of Human Rights Activists News Agency (HRANA), this strike which is in response to political executions of Kurd and Baloch prisoners has started on Wednesday November 4th, on those three prisons. According to reports from Uremia prison intelligent service forces of Uremia transferred five prisoners with the names of 1) Ahmad Tamouyi 2) Yousef Kakeh Memi 3) Ali Ahmad Salimian 4)Mostafa Ali Ahmad 5) Jahangir Badoozadeh, who wanted to attend on this strike to an unknown location the day before. END_OF_DOCUMENT_TOKEN_TO_BE_REPLACED