The following is an overview of human rights violations in Iran on December 31th, 2018 based on the information compiled and verified by Human Rights Activists News Agency (HRANA).

(1) Three protests were organized across the country. Isfahan farmers and employees of the Vahdat Ahvaz financial institute held separate protests. In Tehran, university students accompanied by people protested in Enghelab street regarding the bus rollover incident in the Islamic Azad University in Tehran on December 25 in which at least ten were killed and 28 were injured.

(2) Zaman Rezaei, a 62-year old prisoner was executed in Urmia prison. Changiz Irani and Pezhman Piri who were transferred to solitary confinements in preparation for their execution earlier, were saved from gallows temporary.

(3) The technician workers of Bafq – Bandar Abbas railway, and the workers of Karoon Cement Company, have four months unpaid wages.

(4) A ranger was injured in the fight with poachers in Mehdishahr county in Semnan province.

(6) 28 people have died and 299 were injured due to work-related accidents in Hamadan in the last eight months. That was a 21 percent increase from the same period in 2017.

(7) Four Azerbaijani Turkic minority rights activists were arrested in Sarab county in East Azerbaijan province. They have been identified as Sahand Maali, Vahid Nourahmadi, Heydar Mazini, and Mohammad Ranjbari. Another Turkic activist, Abbas Lesani, was sentenced to 10 months imprisonment. He is accused of ‘propaganda against the state’.

(8) The head of guards of the Department of Environment has reported that 87 poachers and 590 illegal loggers were arrested in four provinces.

(9) There have been 870 child marriages and 16 divorces registered for girls under 15 years of age in the North Khorasan province in the last nine months.

(10) Two workplace incidents happened which caused one death and one injured worker. A mine guard had a fatal fall in Zarandieh county in Markazi province. Another worker in Mashhad died in a workplace fire. 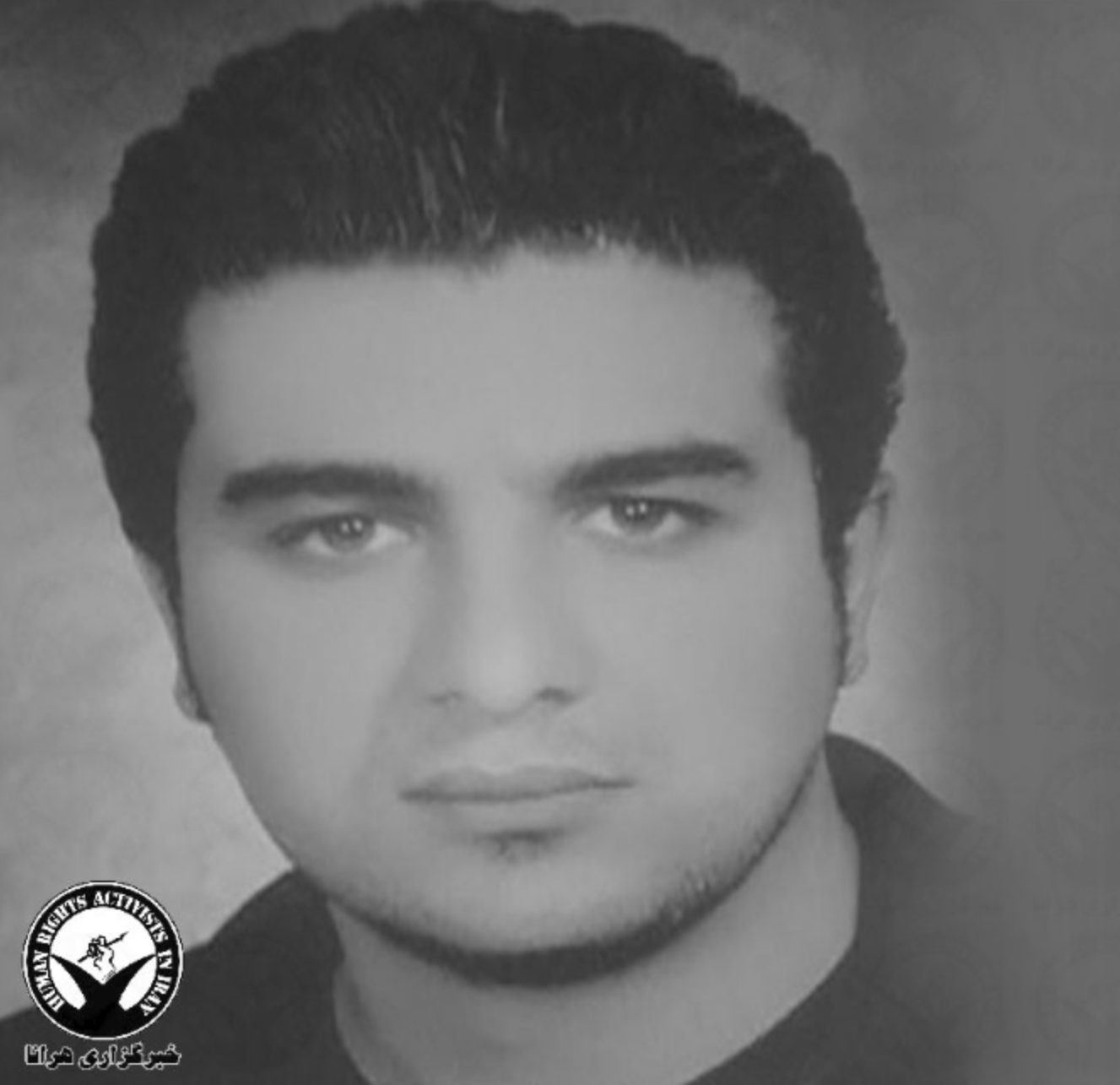 Human Rights Activists News Agency (HRANA) – Judge Mehdi Shams of Sarab Revolutionary Court in East Azerbaijan Province has overruled Sahand Ma’ali’s objection to his 10-month prison sentence ruled in absentia.
Per Iranian law, defendants sentenced in absentia have the right to bypass appeals court by objecting to trial court rulings. Now that Ma’ali’s objection has been denied, he has twenty days to file his dissent as an appeal with East Azerbaijan Appeals Court.
Ma’ali was initially convicted of “propaganda against the regime through the promotion of ethnic groups with the aim of inviting people to the Babak Fort gathering” after his arrest at a gathering of Azerbaijani activists on July 6th of this year. He was later released on bail.
Fort Babak, a monument built during the pre-Islamic Sasanian period, is the namesake of Babak Khorramdin, who led an uprising against the Abbasid caliphate in 893. In recent years, it has become a place of symbolic gathering for Azerbaijani activists, especially during the annual commemorations in the first week of July.
Ma’ali has a prior record with Iranian judicial authorities dating back to July 2nd, 2012 when security forces raided his residence and arrested him following inspections of his father’s home. They confiscated some of his belongings, including his personal computer, after forcing him to open his shop to another search and seizure. In July 2013, he was sentenced to one year in prison for “propaganda against the regime”. 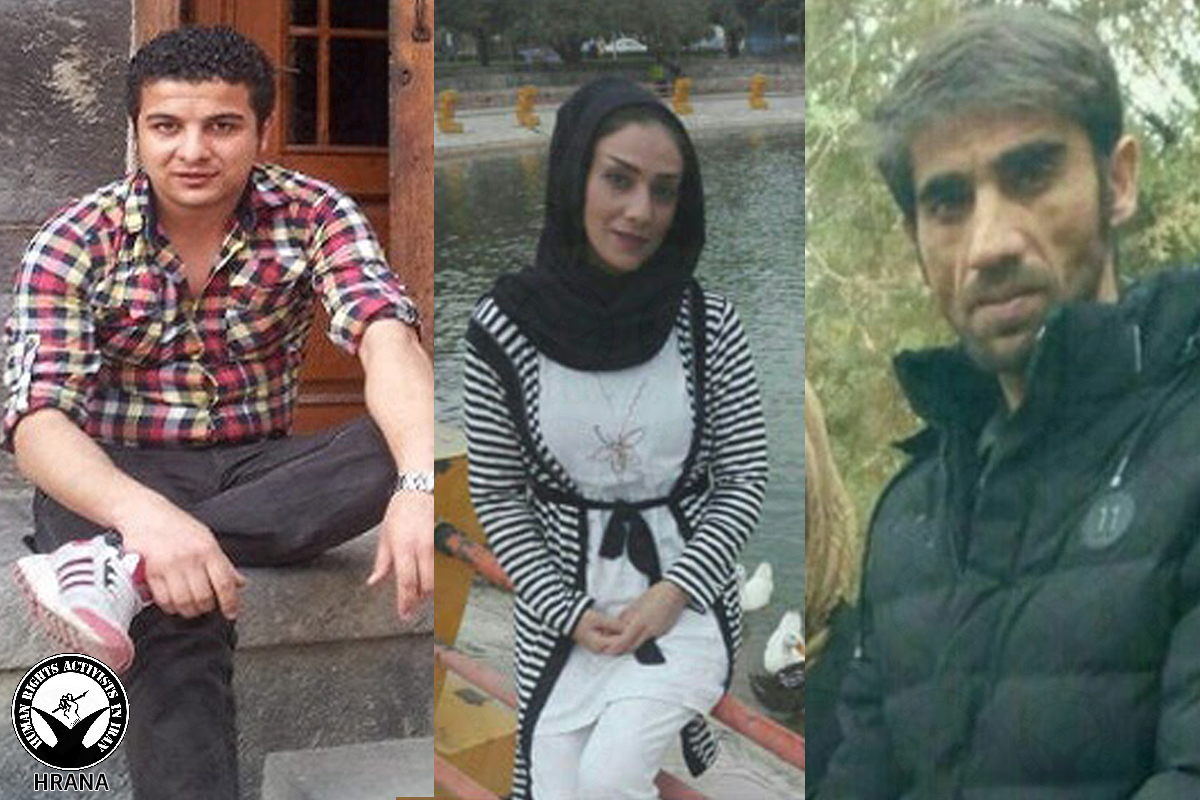 Update: On September 6th, Ulduz Ghasemi was released on a bail of 500 million rials (approximately $4,000 USD).
Human Rights Activists News Agency (HRANA) Ulduz Ghasemi, Rahman Ghasemi, and Sahand Ma’ali, Azerbaijani Turkic minority rights activists from the cities of Urmia and Sarab, were apprehended today by local security forces.
Ulduz Ghasemi and Rahman Ghasemi had previously been summoned by security agents of Urmia’s Noh Pele Quarter and interrogated there by security forces. While both Ulduz and Rahman were summoned and interrogated, only Ulduz was taken into custody.
A credible source told HRANA that plainclothes forces went to Ulduz’s mother’s house, seizing a number of books, a laptop, and a mobile phone. According to the source, Ulduz and Rahman were interrogated for visiting relatives of one of those killed in protests that took place in Azerbaijan in 2006.
Ulduz was also among a number of activists arrested on May 26th of this year in the West Azerbaijan province, in connection to their participation in a commemoration gathering at Naqade County’s Golzaar cemetery. The gathering was in honor of those who had died in the 2006 protests.
Both Ulduz and Rahman were later arrested again after taking part in the Babak Fort celebrations on July 7th of this year. They were released five days later.
Meanwhile, Sahand Ma’ali faces a 10-month suspended prison sentence from the Revolutionary Court of Sarab County. Presided by Mehdi Shams, the court convicted Ma’ali of “Propaganda against the regime.” Ma’ali was among a group of regional activists who were arrested at Fort Babak gatherings on July 6.
Fort Babak, a monument built during the pre-Islamic Sassanian period, is named after Babak Khorramdin, known for leading an uprising against the Abbasid caliphate in 893. In recent years, it has become a place of symbolic gathering for Azerbaijani activists, especially during the annual commemorations in the first week of July.