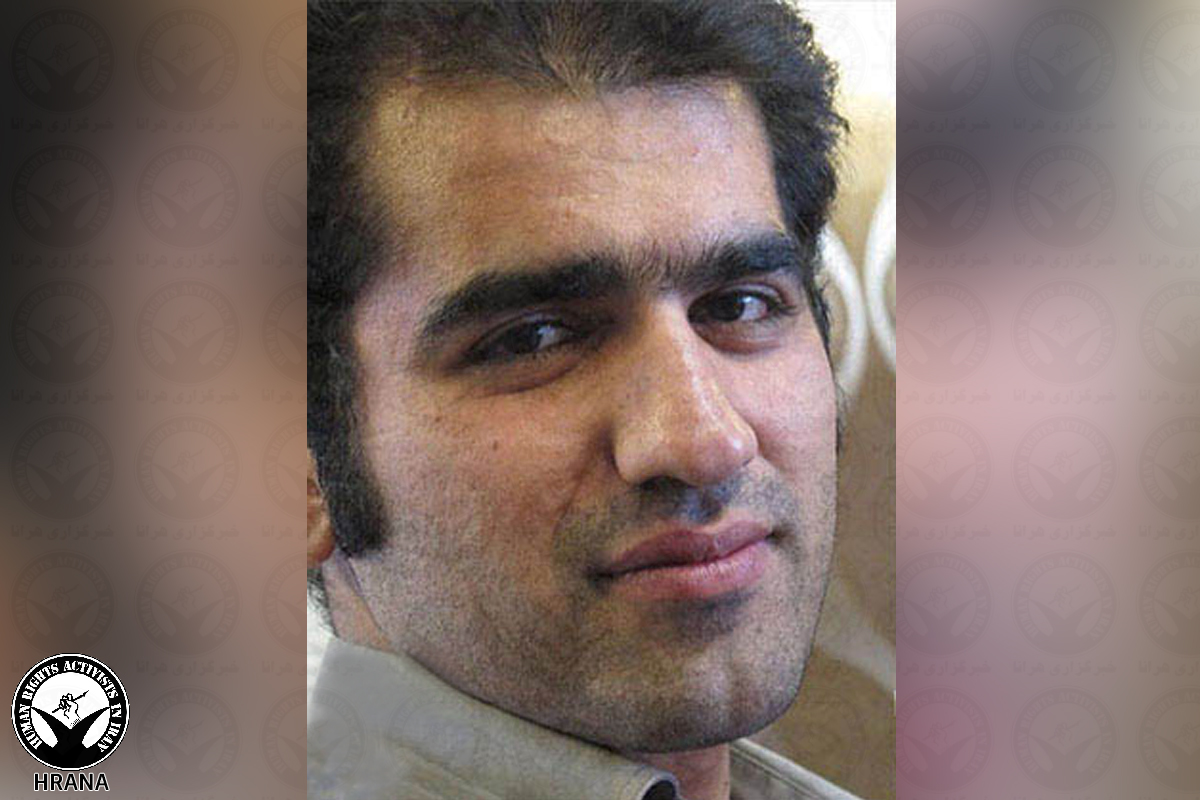 Held in Rajai Shahr Prison of Karaj since his arrest in February 2018, Shakiba was sentenced to 11 years in prison by Judge Ahmadzadeh. The sentence was later upheld in an appeals court.

Shakiba is a former member of the University of Zanjan’s Islamic Student Association, and prior to his persecution by authorities was a graduate student of political science at Allameh Tabatabai University.

The full text of the activists’ statement, translated into English by HRANA, is below:

Payam Shakiba, a former member of the Islamic Student Association at the University of Zanjan, was first arrested in July 2008 along with several other students protesting against the [sexual] assault of a female student by a university vice-president. All of the protesters were convicted. Payam was released on bail after 40 days and sentenced one year later to a year in prison.

Upon completion of his compulsory military service, he was hired as a teacher in September 2010 at a semi-private school in Tehran. In November of that year, he went to prison to serve his sentence. After his release, the Ministry of Education halted his employment proceedings.

Mr. Shakiba passed the entrance exam for master’s programs in applied science at both a public institution and Azad University. However, the public university barred him from enrolling in the program, given his status as a “starred” student [i.e. a student whose file is marked with an asterisk to indicate previous disciplinary action for political activity]. He had no choice but to enroll in the Sciences and Research Branch at Azad University. In the final days of his first semester, however, he was expelled and banned from returning to his studies.

Payam, however, didn’t stop there: he took the entrance exam again in 2013 and was accepted to the political science program at Allameh Tabatabai University. He had spent years in the meantime earning his living in industrial workshops.

Payam Shakiba was arrested for a second time on February 19, 2017, on charges of “acting against national security by assembling and colluding against the regime.” After a search of his workplace in the industrial park of Golgoun, in Shahriar, he was transferred to solitary confinement in Ward 209 of Evin Prison, under the jurisdiction of the Ministry of Intelligence. During this time he was denied access to a lawyer or visitation from family members. When his interrogation period had finished, he was illegally exiled to Rajai Shahr prison where he spent 17 months in legal limbo. It was then that he was faced with a judicial conundrum: first the appeals court informed one of his lawyers that Shakiba’s 11-year sentence had been reduced to six; a week later, another one of his lawyers was summoned to court, where he learned that the 11-year sentence had been upheld, and that the five-year reduction was no longer valid.

A glance at the processing of Mr. Shakiba’s cases, and at his sentence as it stands, reveals a flagrant injustice and lack of due process. What kind of judicial system takes employment opportunity away from a student and future teacher because they protested a sexual assault? In what kind of fair process can an interrogator rule in lieu of a judge to reverse an already-appealed sentence? Why are the basic minimums of amenities and living space withheld from Payam Shakiba and from other political prisoners? Why don’t they have access to adequate hygiene and nutrition, or even to a cooling system in the summer?

It is common knowledge nowadays that these deprivations serve to break a prisoner’s spirit and resolve. Yet as we also know, our grand and unflappable Payam cannot be broken. Anyone close to him knows him as an altogether reasonable, kind, humble, generous person, courageous and defiant in the face of injustice.

We the undersigned protest the illegal arrest and incarceration of this student activist. We consider the trial unfair and believe that his human and civil rights have been disregarded at all stages of the legal process, through the interrogation and investigation to the preliminary and appeals court proceedings.

Blindfolding, solitary confinement, and denial of access to a lawyer are violations of a defendant’s rights. Furthermore, the objectivity of the preliminary trial was compromised by the interference of a Ministry of Intelligence representative. By a flagrant act of interference [by non-judiciary authorities], his sentence was increased on appeal.

As friends, civil activists, and fellow students of Payam Shakiba, we object to his sentence and the unfair process to which he was subjected.

We ask for the immediate, unconditional release of Payam Shakiba so that he may defend himself in a fair trial before a jury. This self-evident legal and human right cannot be denied and ignored for perpetuity.

We ask human rights organizations and activists to carry out their duty, regardless of their political allegiances. The writing off of certain political prisoners is tantamount to abetting the suppression of their voices, and those guilty of it should be held accountable before history.

The University of Zanjan is located in Zanjan, approximately 180 miles northwest of Tehran. 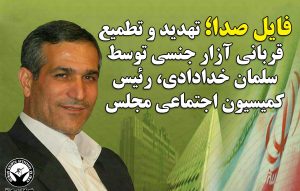