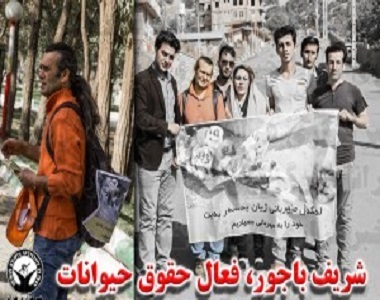 HRANA News Agency – Sharif Bajoor, a member of the Board of Directors of Green Chia in Marivan, who had gone on hunger strike and demonstration to protest violence against animals, was arrested by security forces during his demonstrations. The following images are related to his protesting activities.
According to the report of Human Rights Activists News Agency in Iran (HRANA), Sharif Bajoor was arrested by the security forces during his demonstration and hunger strike to protest violence against animals and support “8 puppies whose mother was victim of human’s violation”, in “Dezli”, on November 2, 2016. END_OF_DOCUMENT_TOKEN_TO_BE_REPLACED